Samsung, this Bixby delay is not OK

Samsung’s Bixby delay is a major setback to a company that is trying to break into a new and established space. It’s really unacceptable.
Published 08 June 2017, 10:30 EDT

Samsung has a pretty monumental task ahead of it. Getting its assistant, Bixby, into the minds of the masses is going to be no small feat. With Google Assistant getting a ton of new features, and with Amazon’s Alexa shipping on everything from Echos to refrigerators, these two powerhouses have most of the assistant ecosystem tied up. Add to that Apple’s new Home Pod – which, by the way, replaced Bixby as the “Worst-named product of 2017” – and I’m not sure how Samsung will compete.

There is one way. Maybe if Samsung dedicated a button on the best-selling flagship of the year, it could help gain traction. At least, that’s what Samsung thinks. The problem is, it hasn’t turned the darn thing on yet. We have yet to see the fully armed and operational battle station. Right now it’s just a half-built moon circling a planet filled with Muppets. Hardly imposing. 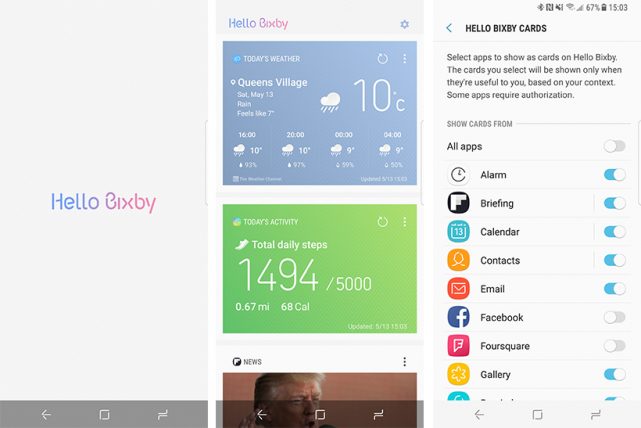 Samsung has something of a reputation when it comes to new concepts. Many of them fall into one of three categories:

Right now, it’s very possible that Bixby falls under all three of those categories. That is not a favorable position to be in. But let’s break each one of those down, shall we? Bixby is a brand-new assistant, and by definition will almost certainly not have all of its functionality. The nature of software is that it is almost never fully functional when launched. There are various stages of acceptability that can be reached, depending on a number of factors, not the least of which is what it’s up against. In this case, Bixby is up against Siri, Google Assistant, Cortana, and Alexa. There is very little margin for error here.

The very presence of those other established entities makes Bixby look pretty gimmicky. To be honest, “half-baked” and “gimmick” pretty much go hand in hand. But from a functionality standpoint, the more features that are missing from an assistant, the worse it is. As command after command goes unanswered or incorrectly answered, interest will wane very quickly. When it comes to technology, people have a very low tolerance for garbage – this is coming from someone with 13 years in tech support.

Finally, we’re looking at a painfully slow rollout. Take for example, Samsung Pay. You still can’t buy something with Samsung Pay in Rome. And we’re two years in now. This is not an insignificant fact. Bixby is dealing with language issues – totally get that. Languages are hard. But there is already hardware shipping with a button dedicated to this thing – how is it not ready? 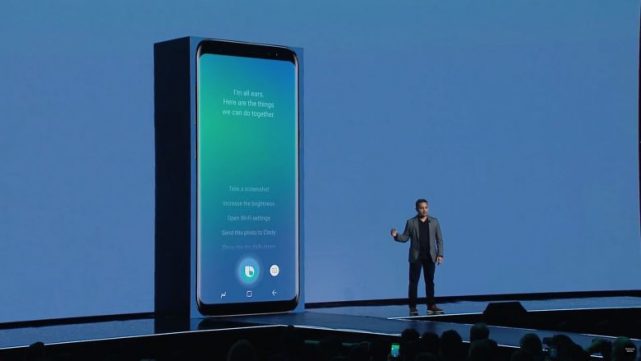 You had one job to do

And that’s the crux of this whole thing. How is Bixby – the killer app Samsung wants to build an ecosystem out of – not ready at launch? This is at best a colossal screw-up. A significant amount of time of the Samsung Galaxy S8 launch was dedicated to Bixby and how great it is and will be “once developers are on board” and we’ve already talked about that.  But that’s not even a concern yet because it’s not yet here.

Bixby really can’t afford delays. There is already a line outside of the nightclub. We need the DJ to show up and start killing it. We also need a lot fewer metaphors, but that’s a different concern altogether. The point is, if you’re going to be pushing a brand new product, it helps if it’s not a half-baked gimmick that’s rolling out painfully slowly. But here we are, waiting for the next big thing, only to be told it’s not here, but it might be here next month.

I’m sorry, but in my world, I’m moving on – dedicated button or not. We can’t afford to just sit around and wait for Samsung to get its ducks in a row before wowing us. Samsung needed to strike while the iron was hot and it has failed thus far. We don’t even have a solid time table for when this will all roll out, nor is there any mechanism to let the millions of Galaxy S8 owners know when this feature is up and running. It’s just not a good way to introduce a new assistant into a field that is already crowded.