The biggest disappointments in 2013

We’re slowly leaving another year behind us, and what a year 2013 was!

We couldn’t have asked for more, yet, we’re excitedly looking forward to seeing what 2014 will bring, and we know it’s going to be even better. Smartphones, tablets, phablets, curved screens, convertibles, fingerprint readers, acquisitions, companies rising, falling, and I’ve just realized I could fill the entire page with keywords descriptive for 2013.

It’s a Pocketnow tradition to look back, every year end, at what happened, good or bad, and, of course, forward, to what we think we can foresee for the year to come. We’ll have recaps for 2013 and predictions for 2014, of course with an Editorial twist, of what the team considers worthy of mentioning.

We’ll have something for everyone! Every day this week, expect a new piece gathering the thoughts of our team members regarding the topic at hand. We’re kicking it off with the biggest disappointments in 2013, and here’s what the Pocketnow team members think: 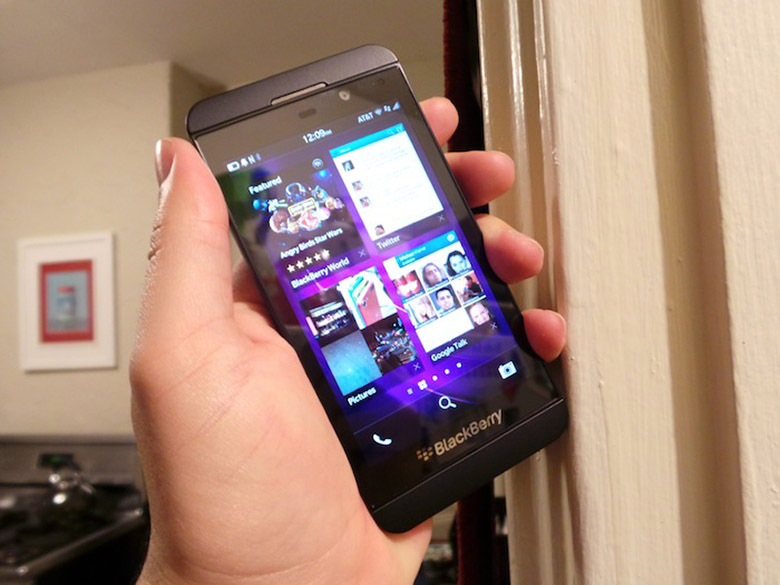 “BlackBerry took some time off”

Yesterday, I wrote that BlackBerry was the biggest winner of 2013. Today I’m telling you that it is also the biggest disappointment of 2013. LOLWUT?

So BlackBerry took some time off to go pray with a Sherpa or whatever and left their userbase behind with nothing except a couple of old phones with bad cameras. In 2013, it reemerged with a ton of enthusiasm, and not just from Canada. It debuted its brand spanking new offerings into the mobile space with old specs and a not-half-but-maybe-three-quarters baked operating system. Sure it had a few cool tricks, but often it seemed to be just cobbled together and thrown out there because they had to meet a deadline or something. Plus the screen was small by today’s standards. Plus it “hired” Alicia Keys. And all the enthusiasm it built up fizzled almost immediately behind a sub par pair of phones.

Yes, BlackBerry employees can still pay the bills, but BlackBerry could have stormed back into the mobile space with a pair of impressive handsets. Instead it counted on the “BlackBerry” sticker to sell phones. And that was just sad. 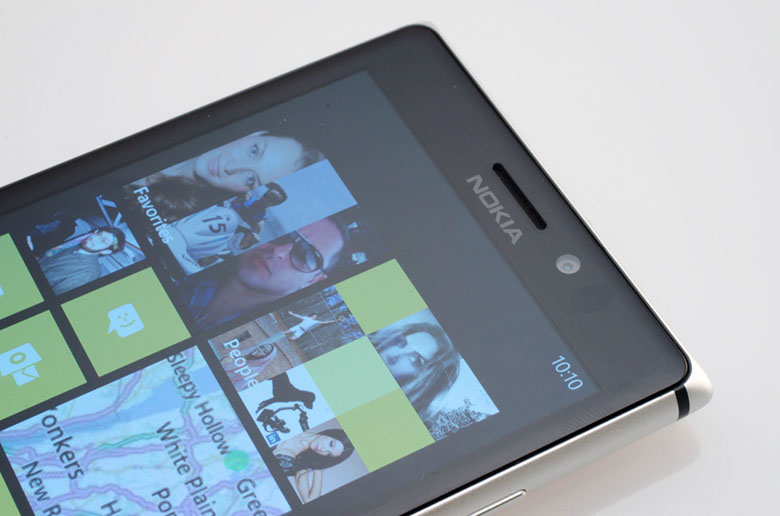 For me, 2013’s biggest disappointment was probably Microsoft’s lack of innovation in Windows Phone 8. Windows Phone 8 was launched on October 29 of 2012. There weren’t any major updates to the operating system throughout the whole of 2013.

There were a few minor updates that mostly added hardware features that were probably things that Nokia requested; things like 1080p HD screen support, or default camera app extensions, and other minor things.

FM radio support came back to Windows Phone in 2013 and a few minor bugs were fixed. Oh, and we got close buttons in the multi-tasking UI in GDR3. Bugs with changing the Me tile photo and dealing with expanding “other” storage limitations lingered for a long time. Streaming from Xbox Music is still awfully buggy.

At least from the end user perspective, it seems like Nokia put much more innovation and effort in Windows Phone during 2013. 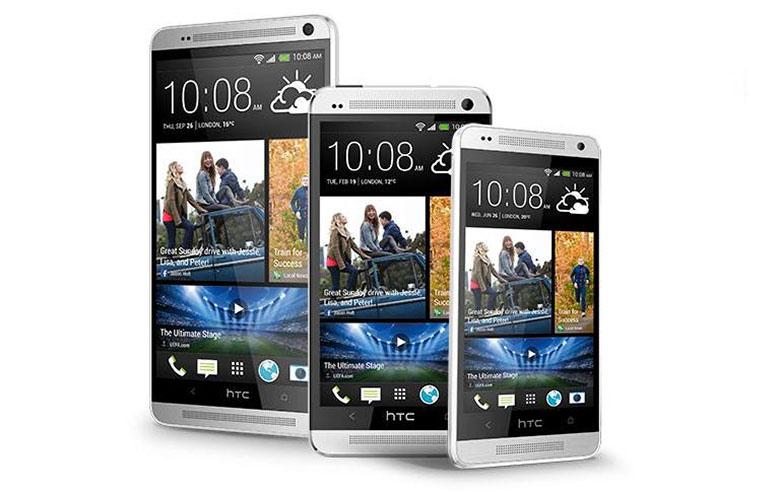 The One family of products from 2012 should have helped HTC get back on the right track; it didn’t. Then 2013 came along and it brought us the HTC One flagship, at which point everyone believed that a beautifully designed and executed phone could be a first step in the right direction; and it was, but, sadly, it was the single step HTC took this year.

At that point we were hoping for at least another iconic, in the One’s sense (pun intended), device; HTC delivered… literally. We’ve got not one, but two additional One phones with the One Mini and the One Max. They failed to impress, because, opposed to the One flagship, the other two were “me too” devices.

The One Mini was a response to the Samsung Galaxy S 4 mini, and the One Max should have been an alternative to the Note III. They both, failed, to achieve that. Sure, they’re beautifully built and executed, but the market didn’t seem to react to the “a One for everyone” slogan HTC probably had in mind. The specs on the One Max were much poorer than we expected, and the world only got a larger One, to go with the already existent “regular” and “small” ones.

Couple that with the lack of marketing and, in my opinion, a failed Horrible Television Commercial campaign, and HTC failed to reverse (or stop) its fall.

The obvious, “no need to mention” disappointment of the year (like last year, and the year before that): BlackBerry. 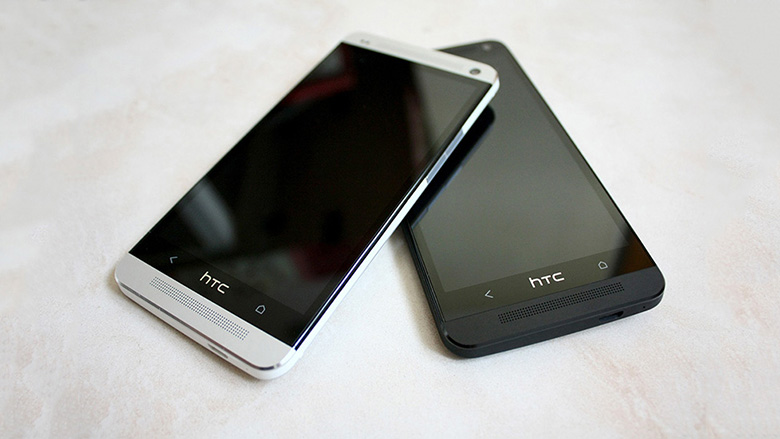 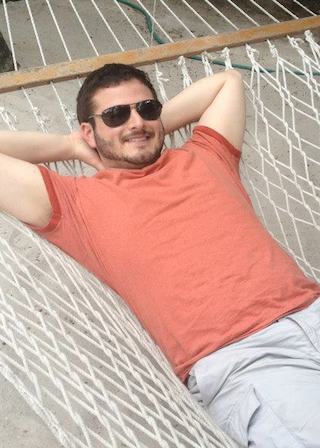 “This was supposed to be HTC’s comeback year”

…and so was last year. Perhaps next year will be the true comeback year.

The HTC One was exactly what HTC needed to become relevant once again, but in the mobile industry, it’s not enough to release one great product per year and be done.

The One Mini and One Max were disappointments, offering obvious changes from the original. We also never saw a tablet from HTC this year, which was a huge missed opportunity.

A tablet based on the HTC One might have been very successful. I want boomsound on a seven-inch device! 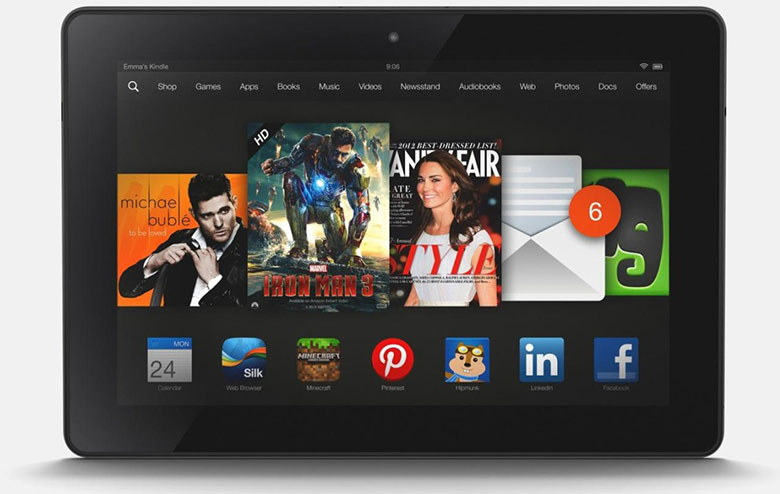 “I was expecting more from Amazon with their Kindle line-up”

With so much innovation in 2013, it’s hard to find disappointments, but that doesn’t change the fact that there are some.

I was expecting more from Amazon with their Kindle line-up, and they simply went under the radar. The same can be said about Samsung’s tablet efforts, which remain as just that, efforts.

Yes, we did get the iPad mini with Retina Display that we all wanted, but none of us are now willing to pay for it at $400.

The same can be said about BlackBerry and Nokia, which either don’t find a parent, or don’t have the best parent. 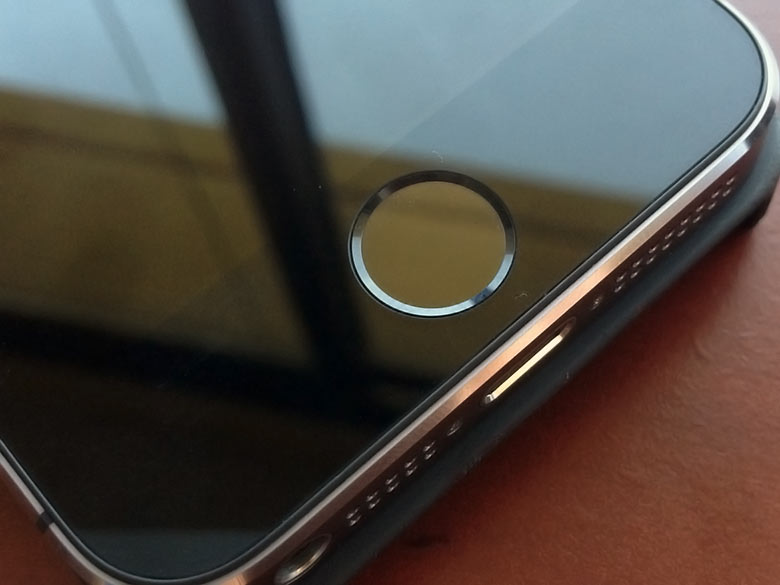 Both Apple’s as well as HTC’s fingerprint scanners fell flat. One is implemented fairly well, the other is nothing short of laughable. I’ll let you device which is which.

We need to start building intelligent biometric-based security into our devices and the operating systems that run on them.

We need that security to eventually extend to our communications as well. 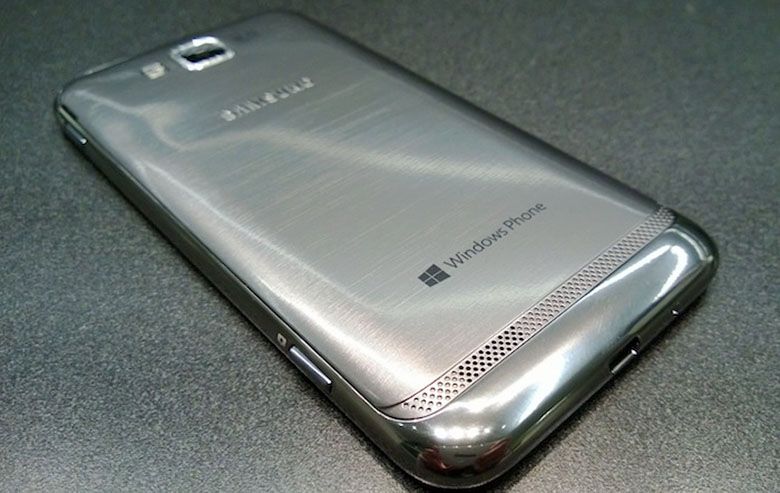 This will no doubt come as a surprise to those commenters who continue to insist I’m some sort of Samsung fanboy, but my vote for biggest disappointment of 2013 goes to that outfit – with one big qualification. I’m not talking about Samsung’s Android line: though I didn’t find much to get excited about in the Galaxy S 4, the company redeemed itself in my eyes with the Galaxy S 4 Active and Galaxy Note 3, among others. Rather, I’m referring to Samsung’s abysmal showing in the Windows Phone space, which saw the manufacturer deliver only two devices: a midrange Verizon Wireless phone, and a hugely disappointing follow-on to 2012’s excellent ATIV S.

Do I blame Samsung for failing to give its all to a platform that’s been as slow-growing as Windows Phone? Heck no – especially given Microsoft’s recent jump into hardware manufacturing with its purchase of Nokia. Still, the ATIV S was a great Windows Phone, and the company could have brought something wonderful to the platform in 2013 if it had tried. Since it didn’t, my vote for biggest disappointment goes to Samsung. 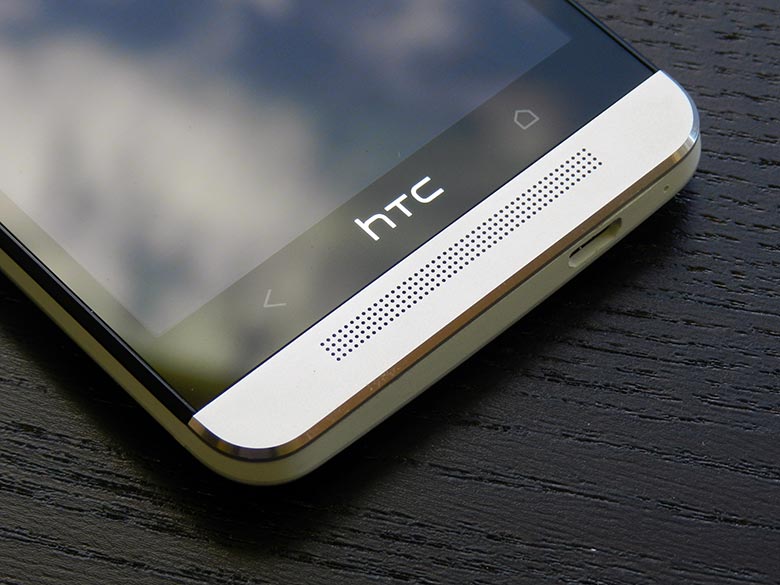 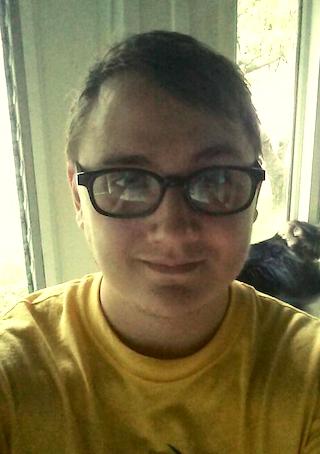 “HTC had _one_ good phone this year”

Is it all right if I shut up about BlackBerry? I mean – EVERYone’s going to be whaling on Waterloo, and with good reason.

But really, I’ve got to call out HTC on this one. HTC had _one_ good phone this year (no pun intended) and even then it just fell flat on its face when it came time to translating that killer device into killer sales.

Honestly, that almost makes it worse; everyone expects a bad phone to sell poorly, but when a great one fails to shine, that’s a real tragedy. 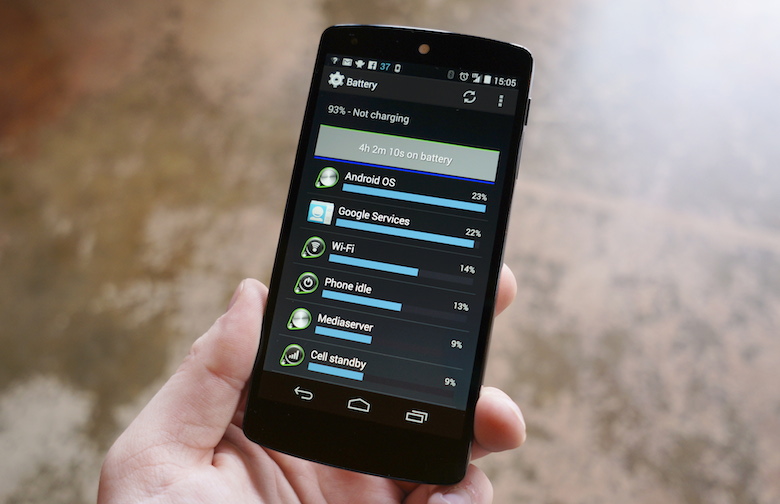 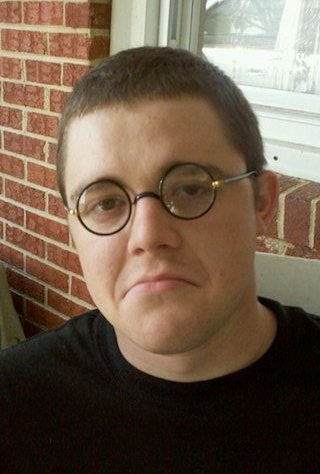 “Here’s to hoping 2014 can solve those battery woes”

Battery life, through and through.

With more efficient chipsets, displays, and refined LTE radios, I imagined battery life would at least improve to one-day plus in 2013. Unfortunately, without making a phone the size of a scientific calculator, that isn’t possible.

I’ve reviewed a fair amount of devices this year, and only the giant ones with 3,000mAh or more were able to last me a fully day of moderate to heavy usage, consistently and comfortably.

Here’s to hoping 2014 can solve those battery woes.

“What are your disappointments in 2013?”

We couldn’t have had more contrasting opinions, and that’s one of the main characteristics of Pocketnow: diversity.

Let us know of your thoughts in the comments below. Upvote your favorites and we’ll update this post to reflect your biggest disappointments in 2013. Top three upvoted devices, platforms, OEMs, will make it here, you know, for posterity!

Make sure to read our previous pieces in the series, on “The biggest winners in 2013“.