I want to take a look at an element of smartphone design that’s been getting a fair share of attention lately, and see if some of the obsession over it isn’t just a little misguided. I’m talking about bezels, and why we seem so intent on reducing them to nothingness.

What do I mean when I’m talking about bezels, specifically? On most any smartphone you look at, the screen isn’t going to take up the full area of the phone’s face. That dead space around the screen – those gaps between the display and the handset’s edge – that’s what we call the bezel.

A whole lot of people see bezel space as wasteful, ugly, and an unwanted consequence of manufacturing constraints that should be reduced whenever possible. I’m with you there up to an extent, but eventually there’s a point where barely-there bezels start looking weird, and raise some serious usability concerns. 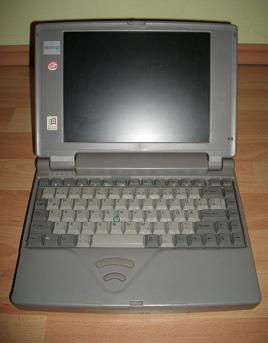 The compulsion to shrink down the size of that bezel is hardly unique to smartphones, and other electronics with screens have been attempting to do the same for decades. Just look at a laptop from the ’90s and check out the comparatively massive bezel around its screen – easily an inch or more in some cases.

Much in the same way as a modern laptop, phones have been pushing the limits of just how small a bezel is technically possible, and it’s not inconceivable that we’re creeping up on the day when we’ll see a true edge-to-edge screen, almost falling right off the sides of our phone.

That would obviously be an interesting engineering milestone, especially if it’s feasible to do so while maintain the structural stability of the handset, but would it make for a good-looking, convenient-to-use smartphone?

Since aesthetic tastes will differ from person to person, let’s start with usability. Most of the time, I hold my phone from the bottom and back, resting the bottom edge on my pinky while manipulating the screen with my thumb. Sometimes, though, you need to get a more solid grip on your phone, and that means holding it by the edge. With a no-bezel phone, the screen’s touch sensor is going to be precariously close to registering all those fingers leaning up against it as input.

Now, there are ways around that issue, both in software and touch controller firmware, but it’s all a bit iffy – a system that perfectly rejects all inadvertent input will no doubt also reject some intended input that just happens to be near the screen’s edge. We can fine-tune that and experiment with different algorithms, but it’s still a bit of a hack.

In a way, a small bezel – a tasteful one – acts as a buffer that helps free us from heaving to deal with that whole can of worms.

What about the aesthetics, though? Why does a no-bezel phone look so wrong to me? I think part of my distaste for no-bezel designs has to do with human attitudes towards pictures. We’re trained from a young age not to get our hands all over photographs, instead handling them by the edges in order to prevent smudges and the like.

I’d wager that quite a bit of that learned behavior carries over to our interactions with smartphones. Even with a resilient glass screen we can easily wipe clean, I don’t like handling my phone by the display. When interacting it, that’s a different story, but when just pulling it out of my jacket pocket, I’m not going to full-on grab it by the screen.

We also like seeing things framed. What looks more impressive, a poster taped to the wall, or one in a tasteful frame? Something about frames imparts a sense of security and permanence, and the right bezel can help carry that same emotional impact over to smartphones.

In a lot of ways, I feel the same way about bezels as I do about phone thickness. Up to a point, cutting back is an improvement, but there’s a level past which you’re no longer helping by taking things any further. In both cases, manufacturers seem intent on continuing to push on, just because they can. I think that’s a shame, and easily leads to the development of some less-than-stellar smartphones.

So, let’s show a little support for the much-maligned bezel. He’s got a bad rap, and instead I think we should be be glad that he’s around at all.