Best Buy Canada might have jumped the gun, as there’s a pre-order page live for the Pixel 4 and Pixel 4 XL smartphones, to be announced October 15.
Published 12 October 2019, 12:00 EDT

Update: Page has been taken down, but we’re left with the screenshots above and below.

Not even Best Buy could help it and, instead of waiting for the October 15 announcement, went ahead and listed the upcoming Pixel 4 and Pixel 4 XL smartphones. The two devices are up for pre-order on this page, though it might be soon killed if someone accidentally pushed it live before it was the proper time to do so.

The page lists the reasons why you should grab a Pixel 4 or Pixel 4 XL. Camera, gesture control, unlimited Google Photos storage, and, of course, Google Assistant. There’s also a table (below) listing the specs of the two phones, compared to last year’s Pixel 3.

We get a confirmation of the secondary camera being a 16MP unit, in case we needed that, which completes the dual camera setup together with the 12MP shooter. Front facer is 8MP, batteries are listed at 2,800- and 3,700mAh, and the phones run Snapdragon 855 chips, paired with 6GB of RAM, and 64GB of storage on the pre-order devices. All specs we’ve already known, but it’s good to have (yet another) confirmation. 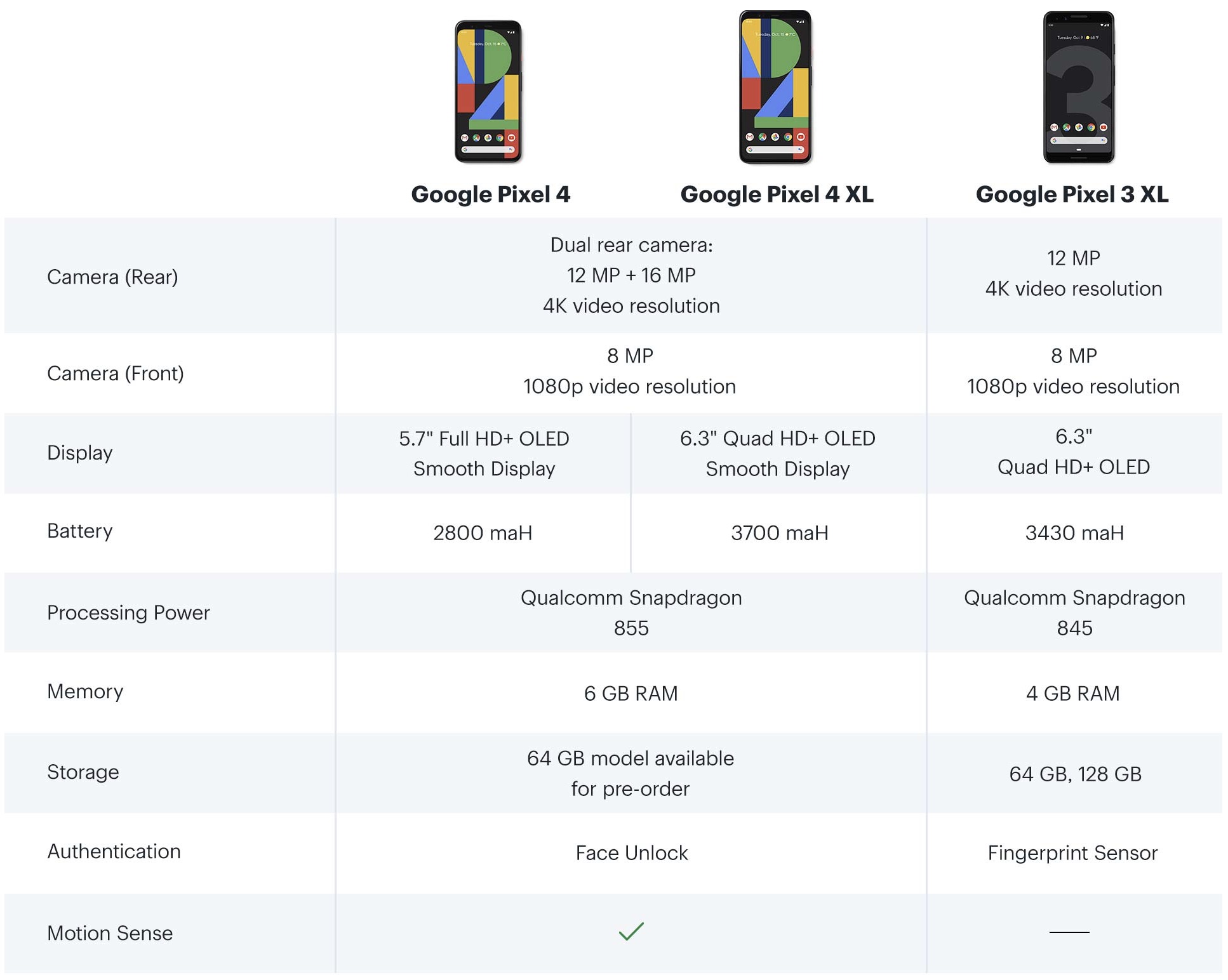