We think AirUnleashed is an ideal companion for those that liked the concept of AirPower–it does pretty much the same thing!
Published 31 August 2019, 06:00 EDTUpdated 04 November 2019, 10:03 EST

If you were excited by the prospect of charging three devices at once, specifically your iPhone, Apple Watch, and second-generation AirPods with wireless charging case, undoubtedly you were left disappointed when Apple canceled their AirPower charging mat. But fear not! We have what could be the best alternative–it’s called AirUnleashed and it’ll fast-charge up to three devices including your iPhone, Apple Watch and AirPods. Since it uses the Qi standard, it works with most Android phones that support wireless charging. Let’s take a quick look at this product! 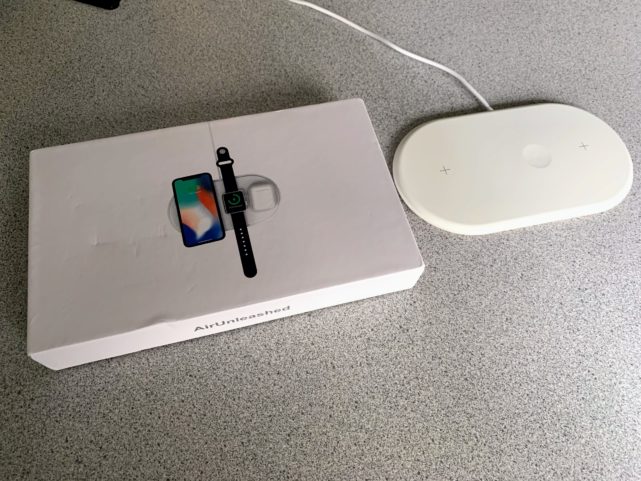 AirUnleashed works by having three discreet charging “zones” — the ones with the plus icons are for larger objects like phones and AirPods, while the little dimple is designed to cradle the Apple Watch. You cannot use the dimpled space for anything other than AirPods, which is really disappointing. For example you can’t charge a Samsung Watch or any other Qi-enabled watch. 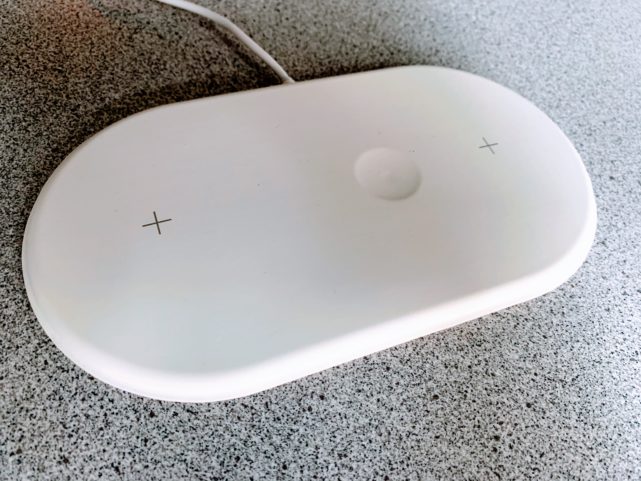 Here’s a closer look a the product, which is covered in a non-slip white coating. The bottom is gray and covered with felt to avoid scratching surfaces. Nice touch! 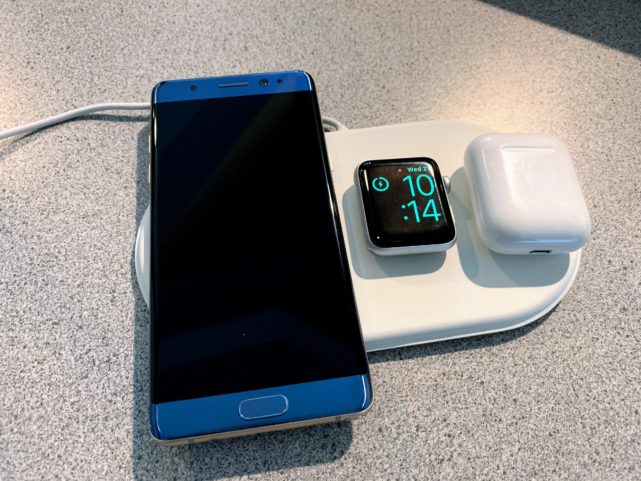 Here’s what it looks like charging an Android phone, Apple Watch (band removed for better visibility) and AirPods. We have to admit that it’s pretty awesome to charge three devices from a single product! Just make sure to position each item properly. 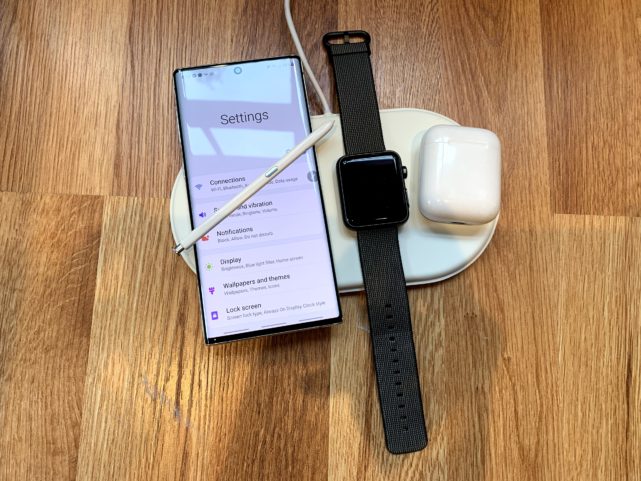 If you use a QC 3.0-compatible charging brick with the AirUnleashed (not included), you’ll get fast-wireless-charging on compatible devices (like those from Samsung), which gets you juice at up to 10watts. Otherwise, you’ll be stuck at 5 watts with the built-in charger. You can get QC 3.0 chargers pretty cheap on Amazon, like this 3-pack for $15.

With the obvious downside of not being able to charge non-Apple watches, and considering that this product is mainly targeted at Apple users, we think AirUnleashed is an ideal companion for those that liked the concept of AirPower–it does pretty much the same thing! And at $99 (versus the rumored $149 for the AirPower), from the AirUnleashed website, it’s a pretty good value too.