Benchmark results popped up for an unannounced Samsung tablet which could end up being the Galaxy Tab Active Pro. It runs on Snapdragon 710.
Published 25 June 2019, 04:00 EDT

Samsung, earlier this month, filed for trademark on an upcoming tablet called Samsung Galaxy Tab Active Pro. Nothing else is known about that device, but an unreleased Samsung tablet popped up on Geekbench. While it could very well be the upcoming Tab Active Pro, it could also be another Galaxy Tab A-series slate, yet to be introduced.

The benchmark scores (which you can see below) are not really relevant here, but rather what the listing reveals about the slate. It will come with Android 9 Pie and probably Samsung’s OneUI on top of it, whenever it becomes official. 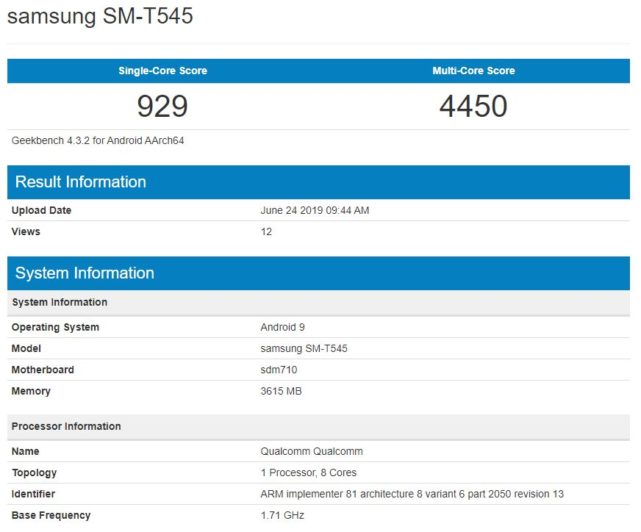 As of now, the Pixel 3a and newer devices get unlimited “High quality” backup with Photos compressed to 16MP.