How did your “tech life” change after you had kids? Do you specifically seek out baby-proof technology now?

The walk to our mailbox takes a couple minutes. It’s on the opposite side of our complex. It’s one of those daytime bonding activities that I take with my seven month old daughter. We take a walk out in the sun, knock out a small easy chore, look for ladybugs. It’s a small respite, a couple of minutes to get some fresh air during an otherwise busy day.

She’s a strong little climber. She likes to twist around to see the world. I should take it as a compliment that she trusts I won’t drop her, but she can be a bit unpredictable in where she grabs. Today I was wearing my Huawei Watch, running Android Wear with a touchscreen. During our little excursion my daughter found a way to clear out most of my notifications, change my watch face twice, and by the time we got back home, the Huawei was asking me to confirm shutdown. 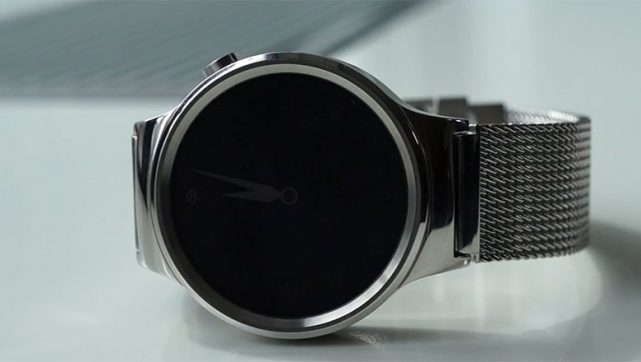 She’s an inquisitive little primate with strong grabby hands, but I can’t imagine she’s entirely unique in this regard. I can’t believe that we somehow have the only little baby in the world who likes to poke around at tiny glowing screens. I can’t even pretend that it’s because shes so clever (I do think she’s brilliant), but she just naturally grabs around anywhere her little hands will find purchase. Yet, digging through the menu options on the Huawei, I can’t find a screen lock mode. We recently detailed how to pin an app on your phone screen to prevent kids from digging around in your digital life, but no such luck on something as immediate as a smartwatch. 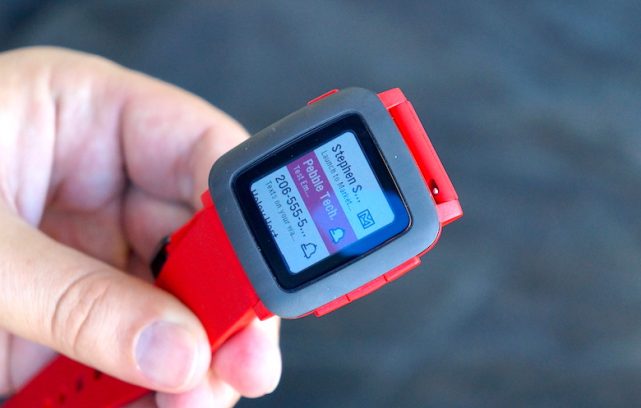 The Huawei Watch isn’t my daily driver, but I had an afternoon meeting I wanted to dress up for. In Southern California, “dressing up” for a Friday meeting meant buttoning up and tucking in my shirt, but also sporting a nicer looking wrist accessory than my usual “Swatch Watch” style Pebble Time. The Pebble Time is a fire engine red plastic casual timepiece, but it’s more water resistant and doesn’t come with a touchscreen. In this age of digital interactions, not having a touchscreen seems decidedly low tech, but it turns out to be kind of a helpful feature in dealing with my daughter. I just took it for granted that she didn’t quite have the dexterity to navigate the Pebble menus through a series of clicky buttons.

My Wife and I are working really hard to minimize the interactions she has with any kind of TV or monitor. We’re trying to introduce her to actual physical books before we teach her “poke square on phone to get app”. Even though she’s months old, she’s capable of surprising us with an errant grab at one of our phones. My Wife’s LG G4 shows the battle scars of a handful of recent drops, one bad scrape in particular came from that motherly instinct where baby lunged and Mommy had to decide in that moment whether to keep a hold of her phone or catch the baby about to succumb to gravity. We both know she made the right choice, but she’s bummed that like her husband, she’s not a huge fan of phone cases. 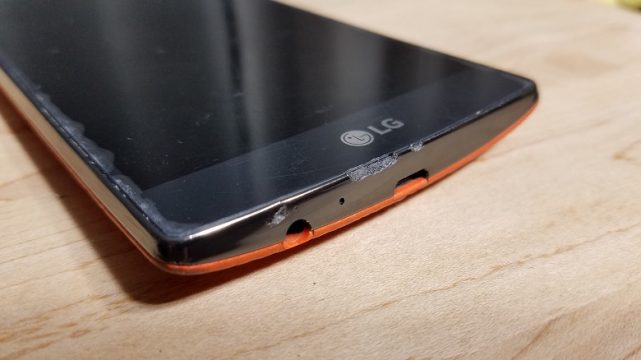 She’ll likely replace this G4 soon, and before she made the jump to LG, she was a die hard Samsung fan. Babies have a way of getting things “gunky”, a trait we were warned about, but wholly unprepared for the actual reality of just how messy they can get. The water resistance aspect is certainly a plus, but I think my Wife is looking for something more durable, and again, she’ll probably pass on the case. I don’t think the idea of an all glass device is appealing to her after this recent LG drop, so she’s been asking about the Galaxy S7 Active. Whether or not it actually survives drop tests better, it just has that psychological edge of looking and feeling tougher than a normal phone. Who knows, when our baby girl inevitably slimes it, the textured plastic will probably be easier to hold onto than the sleeker S7. 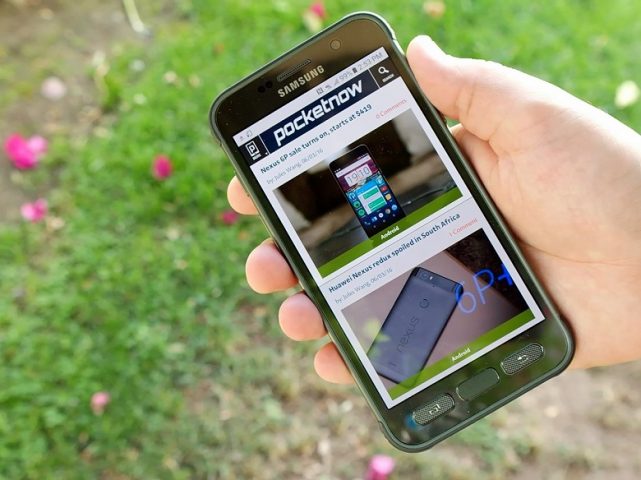 Parenthood is a strange, amazing, and wonderful trip. A trip we thought we had planned for, which of course we couldn’t ever have actually planned for, and it’s incredible how every little facet of our lives has been tweaked in some way, even down to our tech lifestyle. Our Chromecast is streaming more audio these days than Netflix. Our daughter is no stranger to the Disney station, and she’ll be well versed in classical and jazz.

This Friday of Father’s Day weekend, it’s been fun reflecting on these changes, knowing that as soon as we feel like we’re starting to find our footing, our lil baby girl is going to throw us another curve ball. It’s odd knowing that soon she won’t be so little, and we’ll have to start addressing the real scary tech questions. Until that time, sticking with a non-touchscreen smartwatch is an easy enough lifestyle change.

Parents in our community, what tech changes were you unprepared for when you had kids? Drop us a comment below. Help school a tech blogger with what’s to come…