Before the first iPhone, there was the iTunes phone. It … wasn’t any good. Join us as we re-review this dumpster fire on Pocketnow’s Worst Gadgets Ever!
Published 19 September 2013, 19:59 EDT

The world of mobile technology is one of the fiercest competitive markets ever. In the quest to stand out from the pack, some companies make bold moves and succeed brilliantly. Others are more meek and fade into the unexceptional background. Still others fill the space between, innovating once, then endlessly iterating over and over again.

Then there are those that just screw it all up. Thanks to choices that are either too bold, too meek, or just plain-old absolutely insane, these are the products that fall flat on their face. They’re not to be mocked, but the lessons they teach should certainly be remembered.

That’s our goal with Worst Gadgets Ever: recalling some of mobile technology’s biggest blunders, acknowledging what the original intent was, and taking lessons from failures in execution. 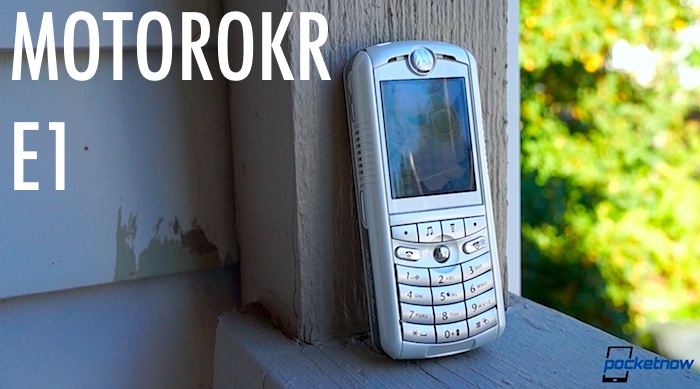 Contrary to popular belief, Apple wasn’t a total newcomer to the mobile-phone world before it struck gold with its halo smartphone line in 2007. Over a year before the first iPhone saw the light of day, Apple and Motorola collaborated to produce a device they nicknamed “the iTunes phone.” Conceived as an iPod Shuffle mated to a cellphone, the device -called the MOTOROKR E1- was a surprise to very few in the tech press, as details about it had been leaked for months leading up to its announcement. It cost $249 on contract and featured a year-old hardware design, two-year-old technical specs, and a bare-bones build of iTunes with its storage capacity artificially capped at 100 songs. Oh, and it was announced on the same day as the groundbreaking iPod Nano.

Needless to say, the “iTunes phone” didn’t sell so well.

Eight years and hundreds of millions of iPhone sales later, Apple accounts for a sizable chunk of the global smartphone market it helped to jump-start. Its name has become synonymous with mobile technology, and though competitors have surpassed it in raw market share, the power of the iPhone product family remains indisputably massive. This impressive showing has diluted the memory of Apple’s first failed foray into mobile, and we couldn’t think of a better time than the eve of a new iPhone launch to take a look back at the spectacular failure that taught Apple the true cost of compromise – and the value of going it alone.