While nowhere near as “active” as their Android-using counterparts in terms of Google Play download figures, owners of iPhones and iPads tend to spend consistently more during their App Store shopping sessions.

That’s essentially an immovable truth no one can contest or argue with, its main justification being the popularity of free Android apps and the scarcity of similar iOS titles. But exactly how much do Apple and its sanctioned developers make off each App Store visitor?

According to Sensor Tower Store Intelligence based on Consumer Intelligence Research Partners estimates and “additional panel sources”, roughly $35 last year alone only in the US. Multiply that by 110 million, which was purportedly the number of active iPhones stateside, and you get a monumental grand total of over $3.8 billion.

That doesn’t account for iPad app purchases, and although Cupertino has to split the profits with devs, it should give you a good idea of why the tech giant thrives financially even when gadget shipments slow down their growth. 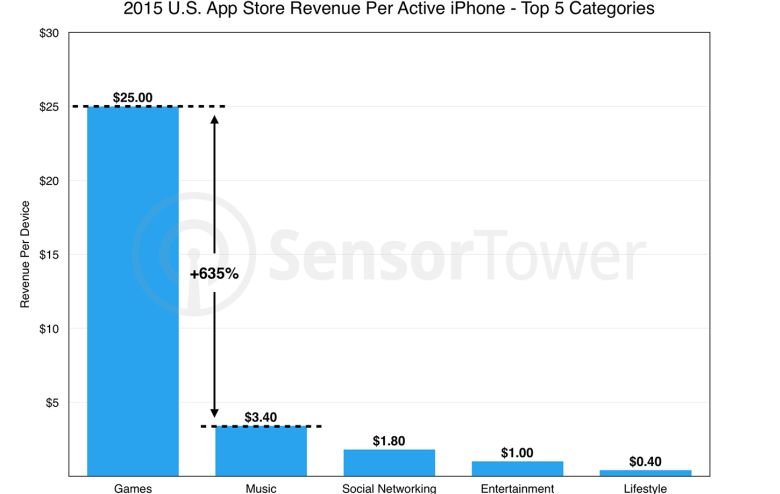 Of the $35 per-user average, we’re not surprised in the least to hear $25 were “invested” in premium game installs and in-app gaming acquisitions. Music is a very distant second as far as buying habits and categories are concerned, at $3.40, followed by social networking, entertainment, and lifestyle, with $1.80, $1 and $0.40 respectively.

Apple is said to benefit from the new PLI conditions as its contract manufacturers Wistron and Foxconn could soon be shifting a significant portion of iPhone production to India.
YouTube 1.8M
Facebook 569K
Twitter 196K
Instagram 133K
RSS

On today's Pocketnow Daily, we talk about the new possible launch date of the iPhone…

It seems that we won't have to wait that long the new iPhone 12 series to arrive, as…

Great news for those iPhone users who currently have iOS 13 on their devices, new…