The FCC and the Wireless Power Consortium have posted documents from AT&T giving all of the details of its unreleased, own-brand wireless charging product.

The AT&T Power Drum, as it is called, is a 3,000mAh power bank that charges up to two devices simultaneously through the Qi protocol at up to 10 watts. The top pad, which features the company’s Death Star logo, is called out to be “compatible with Samsung and Apple wireless charging phones” while a side-mounted 5-watt pad allows for an Apple Watch to be wrapped around by the band to the drum.

The documents, which we found through PhoneDog, show that the drum itself uses Micro-USB for intake at up to 18 watts and indicates its charge state through LEDs. 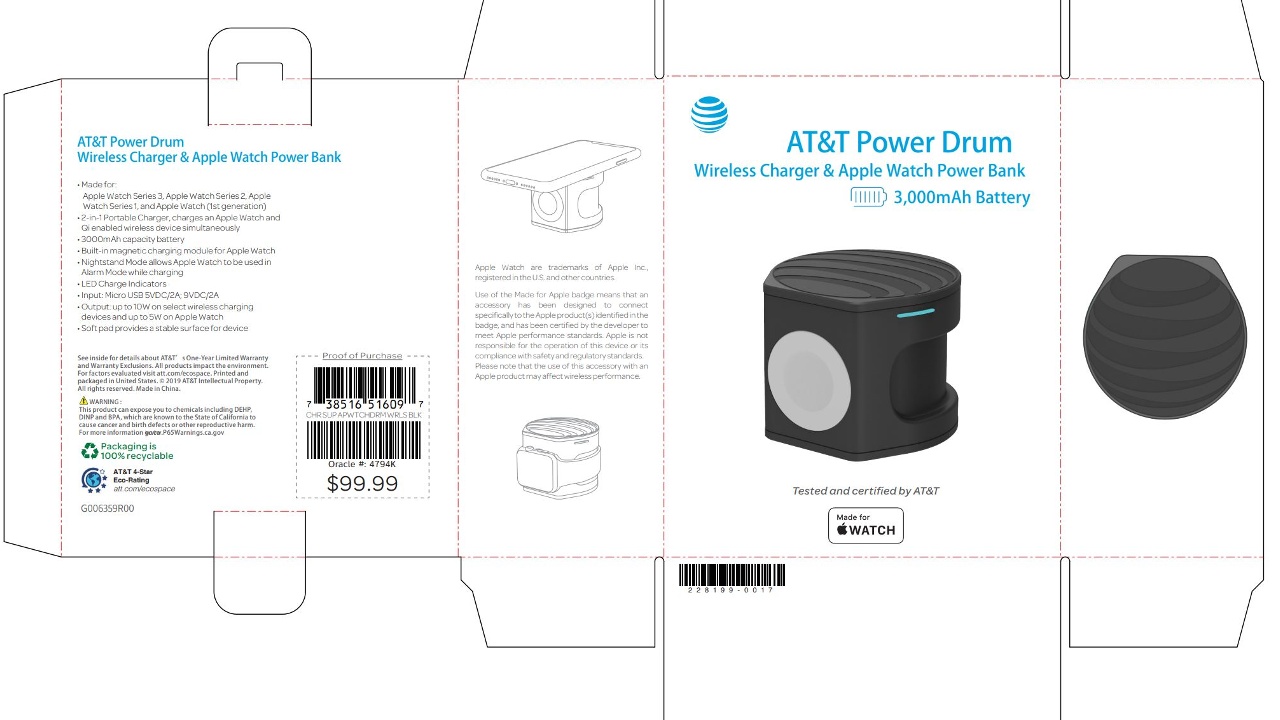 We don’t have any indication just from these documents on when the drum will get stocked in stores, but we do know that it will cost $99.99 full retail.

On today’s Pocketnow Daily, we talk about the possible specs of the Google Pixel 6, the new Samsung Galaxy Z Fold 3, and more.