Back in April, when there was more optimism surrounding the Galaxy Fold, AT&T has sent out letters to customers who pre-ordered the device, telling them the phone will ship by June 13. The, at the end of May, BestBuy cancelled all Galaxy Fold pre-orders, while new reports suggested that the foldable smartphone will be delayed once again. When Samsung promised, at the beginning of last month, that it will announce the new launch date, nobody anticipated that there will be a rather long period of silence on the matter.

Now AT&T is sending out letters to everyone who has pre-ordered the Galaxy Fold from the carrier, telling them that their pre-order has been cancelled. A new order or pre-order will be possible again, when Samsung announces the new launch date, whenever that happens.

AT&T is not blaming anyone, just stating the facts when mentioning the reasons for canceling pre-orders: “Samsung delayed the release of the phone, which means we can’t ship your phone“. For their trouble, AT&T will send out, in the next 60 days, a $100 AT&T Promotional Card to those who pre-ordered the Galaxy Fold. 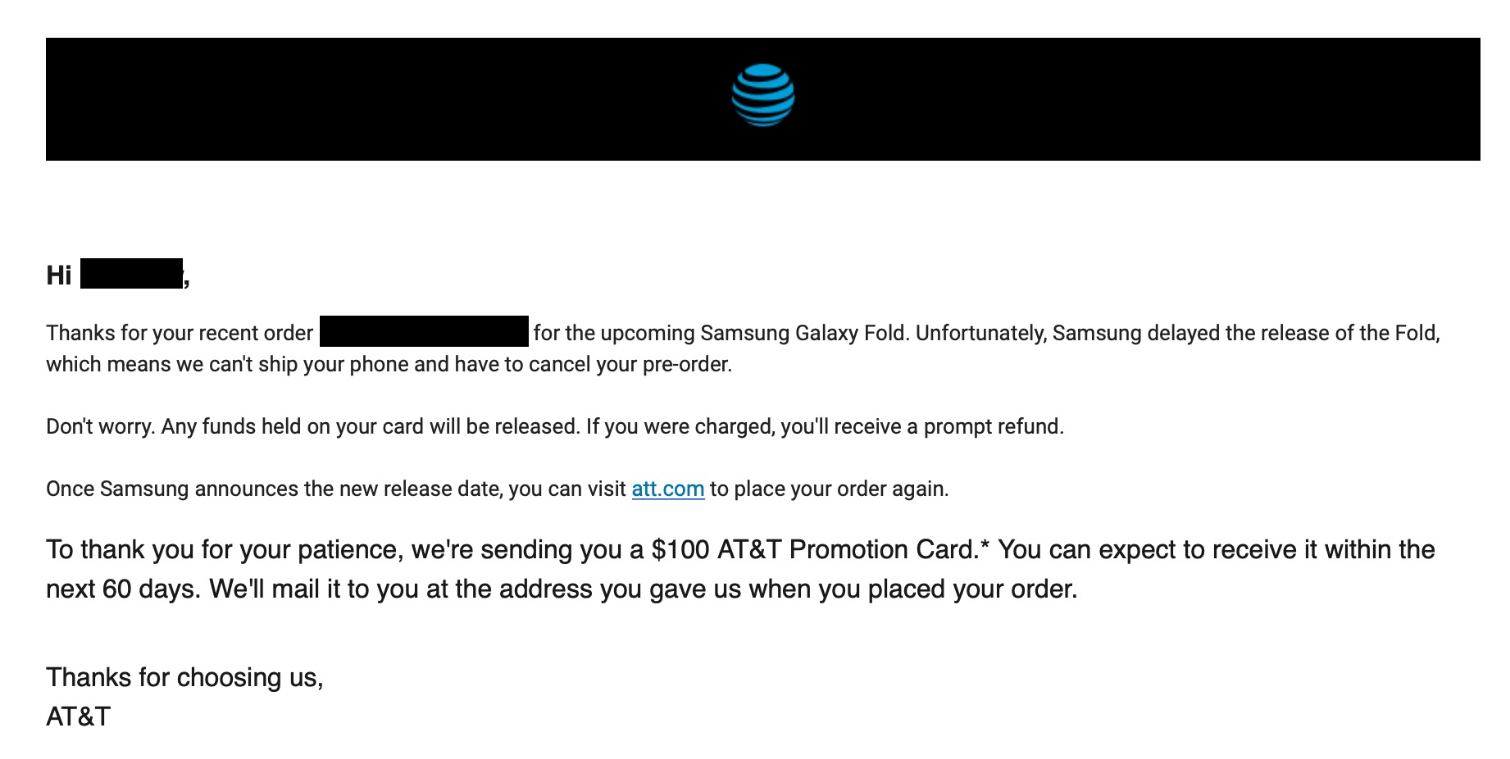 It could sport a quad rear camera setup.

Today's deals come from Amazon and B&H where we find the Google Pixel 4, the Jabra…