AT&T shows off 1.5Gbps speed on 5G+ network, but read the fine print

AT&T is busying rolling out millimeter wave spectrum for its 5G+ network and, after a fresh round of testing, have found found that the speeds they’ve seen in the lab have been brought out to the field.

The company announced that it had tested a mobile phone form factor on the network in a field location and recording ping of 18ms and a downlink of nearly 1.54Gbps. The image below had a filename with “MWC” tagged to it, so expect some more talk about these results in Barcelona. 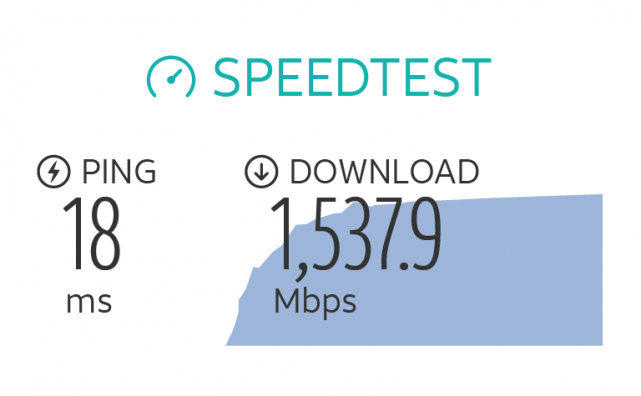 However, the only device that has access to the 5G+ network right now is a Netgear hotspot. Worse yet, the company’s announcement came with fine print:

This does not reflect current user-experienced 5G+ speeds, which are lower and will vary.

Lower? How much lower? Will dozens of users on a tower bring speeds down to what we already see with 4G LTE — or “5G E” as AT&T would like to put it — today? Guess we’ll have to find out.