One of no doubt many Asus ZenFone 5 models in the pipeline is seemingly powered by a state-of-the-art Snapdragon 845 processor, most likely also sporting a “notch.”
Published 19 February 2018, 08:34 EST

Back in August, when Qualcomm’s as-yet-unreleased new flagship smartphone SoC wasn’t even properly announced, a repeat of last year’s slow Snapdragon 835 debut seemed in the cards.

Once again, Samsung was rumored to get first dibs thanks to an extremely close relationship with the chip family’s designers, keeping all other Android OEMs waiting for a second Snapdragon 845 batch.

Knowing Asus, we probably shouldn’t rule out the possibility of seeing the SDM845 powering more than one ZenFone 5 version, with the Z01RD so far revealed by AnTuTu as an up-to-date processing beast.

Granted, that 238,000+ benchmarking score is hardly record-breaking, but once certain last-minute software optimizations kick in, the Asus ZenFone 5 (or perhaps ZenFone 5 Pro) could totally knock our socks off. Especially with a Snapdragon 845 chip backed by 6GB RAM for silky smooth multitasking. 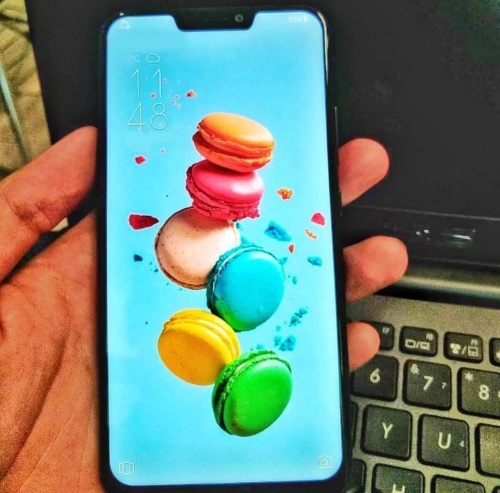 Other “confirmed” features include Android 8.0 software, 32GB internal storage space, and a 2246 x 1080 px screen resolution that sounds highly unusual. Until you remember the non-Lite Asus ZenFone 5 was sketched out a little while ago with an iPhone X-style notch in tow. That may explain why the resulting aspect ratio is an odd 18.7:9 or so.

There’s even a hands-on picture of what some people are calling a pre-release ZenFone 5 version, although verifying its veracity is made impossible with no logo in sight.

Both the OPPO Reno4 and its Pro sibling will reportedly employ the Snapdragon 765G chip and will offer 65W fast charging support as well.