Asus should unveil at least one flagship-grade ZenFone 3 configuration at Computex soon, with Snapdragon 820 power and 4GB RAM in tow.
Published 18 May 2016, 09:12 EDT

Asus made us really nervous about the highly anticipated, overdue sequel (s) to the surprisingly successful ZenFone 2 family from last year, as early benchmarks showed certain ZenFone 3 variants packing Snapdragon 625 power, while others settled for 720p screens and 3GB RAM.

That felt totally unacceptable even for an affordable 2016 flagship, given many mid-rangers nowadays offer 1080p display resolution and 4 gigs of memory. But as it turns out, there’s at least one truly high-end model in the pipeline too, with Galaxy S7, LG G5 or HTC 10-contending specs.

Namely, an Asus Z016D that picks up Qualcomm’s bestest silicon (the Snapdragon 820) after Intel’s apparent mobile retirement, with impressive-sounding 23 and 8MP shooters likely capable of giving any top-shelf camera phone today a run for its money.

Meanwhile, the onboard 4GB RAM count revealed by AnTuTu is not exactly the industry’s absolute gold standard, but at least it matches the multitasking prowess of the primo ZenFone 2 configuration. And who knows, maybe there’s an even better ZenFone 3 version en route to Computex, one with 6GB RAM in tow and possibly a Quad HD panel too. 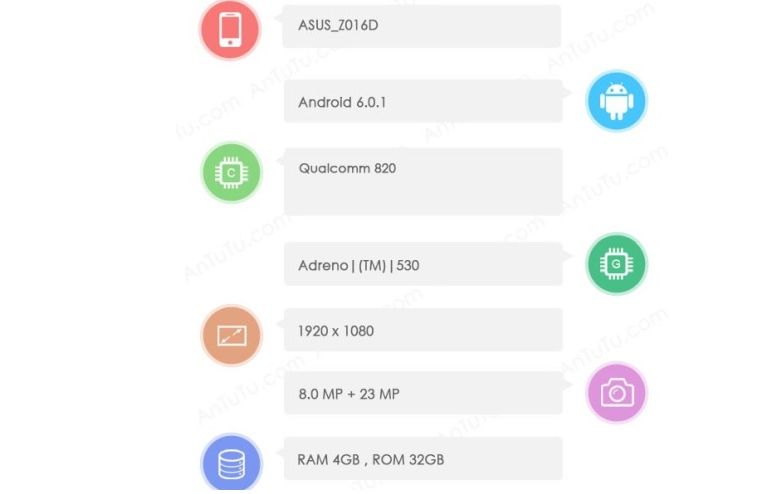 Speaking of, this no doubt advanced Z016D pre-release prototype sports a Full HD screen with an as-yet undisclosed diagonal size, running Android 6.0.1 Marshmallow on the software side of things, and providing 32GB internal storage space, most likely expandable via microSD, despite premium metal entering the build equation to replace cheap plastic.

Remember, the Asus ZenFone 3 lineup is confirmed to also include Max and Deluxe derivations, and there’s no way to know which one we’re dealing with today.

The President of HONOR’s Business unit, Zhao Ming addressed the issue after the launch of HONOR X10.