Yet another possible Asus ZenFone 3 variant gets benchmarked, this one with SD625

Following in the footsteps of a far too crowded ZenFone 2 lineup, the 2016 Asus ZenFone 3 family might include one too many members as well.
Published 21 April 2016, 09:09 EDT

If there’s one thing we didn’t like about last year’s affordable flagship-redefining Asus ZenFone 2 lineup, it’s all the confusion generated by branding so many different phones the exact same way.

Oddly enough, none of the four appears to pack north of 3GB RAM, despite the ZenFone 2 setting a new memory standard for sub-$400 Androids in 2015, and several of the company’s lower-profile Asian rivals now moving to 6 gigs of the good stuff.

The latest Asus ZenFone 3 variant to surface online ahead of its formal announcement carries the Z012D model number, just like the Snapdragon 650 flavor previously exposed, but this time, an octa-core 2 GHz Snapdragon 625 CPU runs the hardware show, coupled with an Adreno 506 GPU and 3GB RAM. 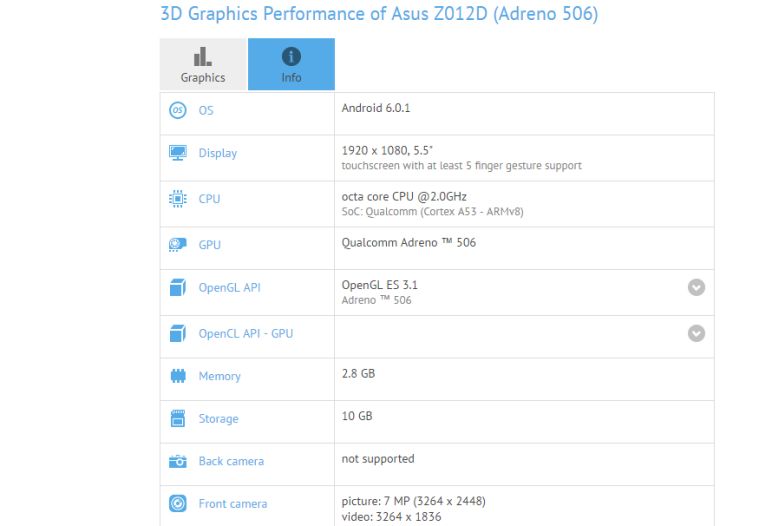 Internal storage space is modestly capped off at 16GB, down from 32, and while the rear-facing camera remains under wraps, the front selfie shooter is listed with an 8MP count. On the software side of things, 6.0 Marshmallow is bumped up to 6.0.1, and the display is once again a Full HD 5.5-incher.

Overall, the spec sheet doesn’t really fit the premium design rendered a few weeks back, so perhaps there are even more Asus ZenFone 3 versions in the pipeline, including one powered by a Snapdragon 820 processor and 4GB RAM. Don’t forget about the two SD615 models either, with 5.5 and 5.9-inch 720p screens in tow. That’s market flooding at its best.

Can’t wait for Android 11’s public beta to release? Here’s how you can flash Android 11 Developer Preview on your phone using the simple Android Flash Tool.