This is probably our first and best look at the upcoming ASUS ROG Phone 2, which will be officially unveiled, according to reports, on July 23.
Published 16 July 2019, 08:00 EDT

The Honor 9X and 9X Pro aren’t the only phones that are expected to be officially unveiled on July 23. The ASUS ROG Phone 2 is also rumored to land on the same day, according to reports, and we already know to expect a display operating at 120Hz, Snapdragon 855 chip, as much as 12GB of RAM, and a price tag of around $635.

The refresh rate is confirmed by the image leaked below, where the user can manually set it to 60Hz, 90Hz, or 120Hz, while the image above is apparently the first leak of the ASUS ROG Phone 2. We see no notches or punch holes, just a classic approach with a top bezel and a fairly large bottom chin. The earpiece is situated at the top of the bezel, and we can spot a selfie camera on the left, as well as what appears to be a rather large display with a tall aspect ratio.

As we mentioned, the device should be announced for gamers on July 23, but we will keep you posted if something worth mentioning pops up. 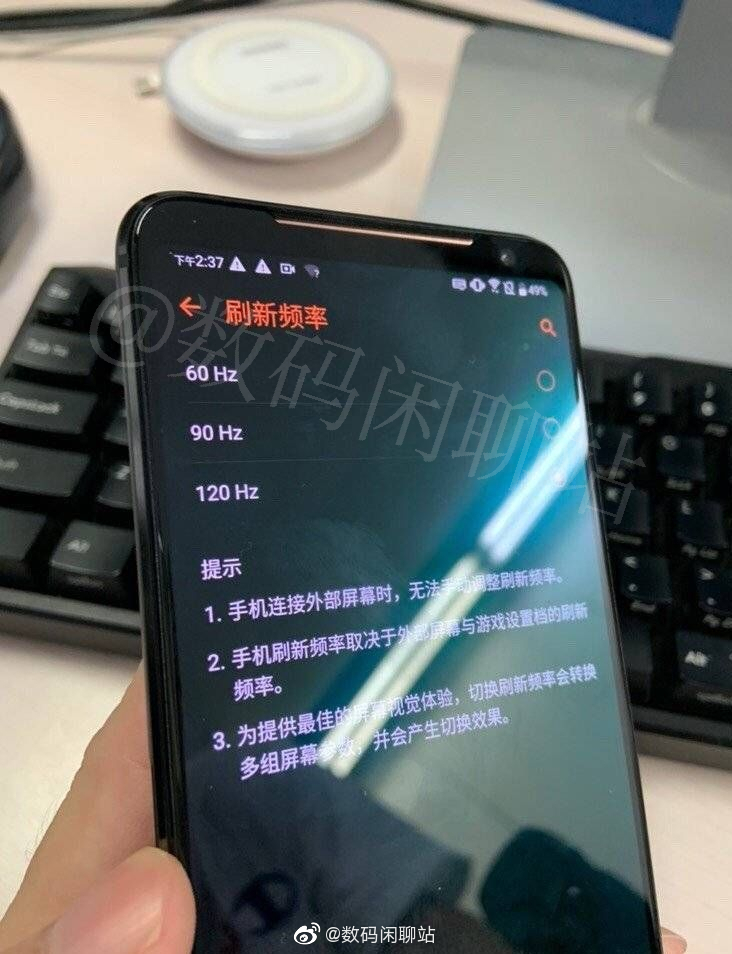 Here’s everything we think we know about the iPhone 12 lineup.

OnePlus has confirmed that the OnePlus 8T 5G will come with support for Warp Charge 65, which is the company’s 65W fast charging technology.