Two new patents have been uncovered: one that describes an ASUS pop-up camera smartphone, and one that has a punch hole display.

Every manufacturer is trying out every possible approach to achieve the perfect “full-screen smartphone”. We’ve seen manufacturers in the past use notches, punch-holes, and pop-up mechanisms just to maximize screen-to-body ratio and display real estate. ASUS is now among the companies joining the efforts for a full-screen smartphone with two newly uncovered patents.

The first one (depicted above) describes an ASUS pop-up camera approach for a full-screen smartphone. Three versions have been depicted in the patent filing, with three different dimensions for the pop-up part. Small/narrow, medium, and large/wide. This allows the manufacturer to limit itself to only the selfie camera in the pop-up mechanism (in case of the narrow design), or to incorporate several hardware components (in the case of the wide one).

The second filing (below) describes a full-screen smartphone of the sort we’ve already seen on commercially available smartphones. Just like the Samsung Galaxy A8s and the Huawei Nova 4, this design employs a full-screen smartphone with a punch-hole in the display. It’s nothing new, it will be where the selfie camera will live, and the only questions are: 1. how big will the punch-hole be? and 2. how will ASUS adapt the UI around the hole.

If these will materialize in an actual product, MWC 2019 is where we should expect to see a new ASUS phone get officially announced. 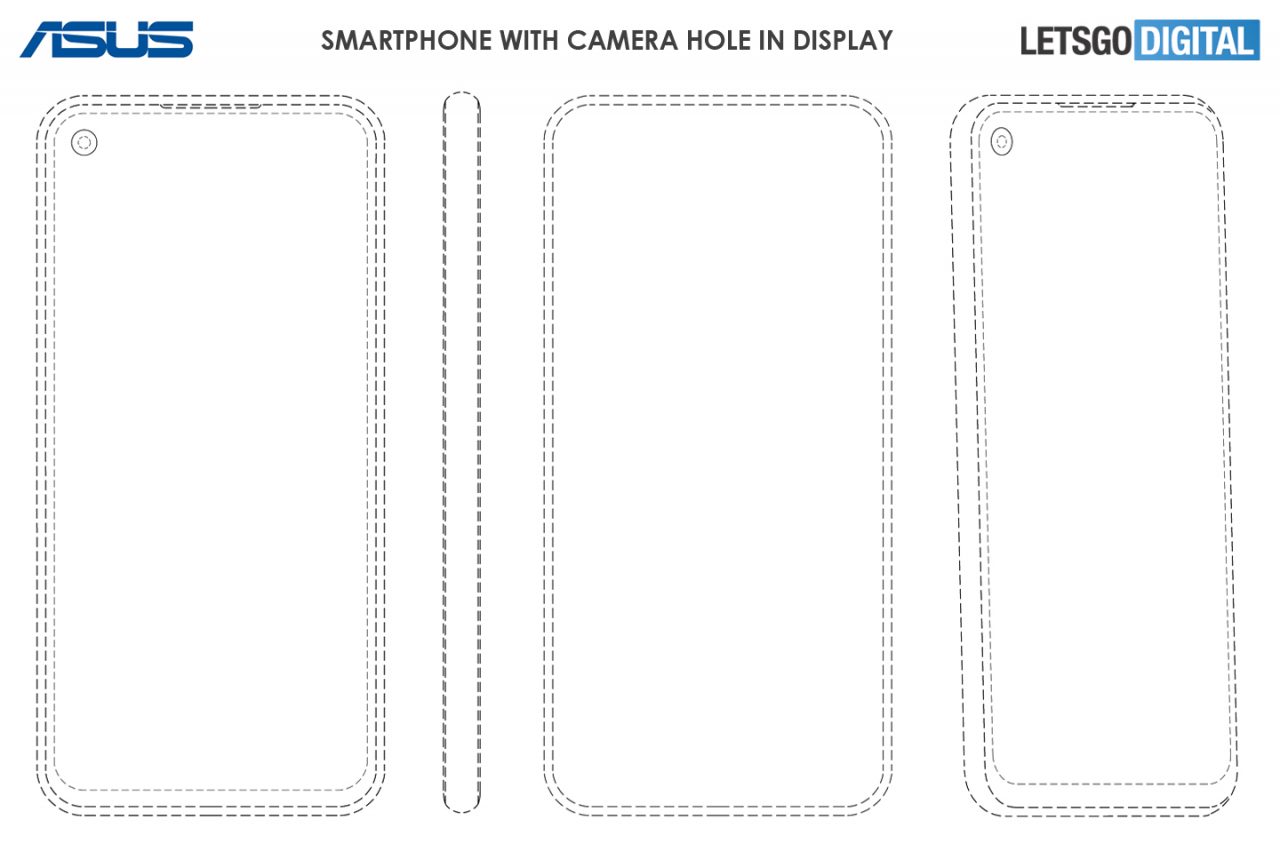