ASUS PadFone Mini announced today as a smaller, more compact, and lower-end version of the PadFone Infinity flagship. Check out the details!

Over the weekend we’ve seen press renders leaked of the ASUS PadFone Mini and we were expecting the company to unveil the smaller version of the PadFone Infinity (which we’ve seen at MWC 2013) today, as they just did. The principle is the same: a phone that docks into a tablet (a smaller one, this time, both for the phone, and for its docking slate).

In terms of specs we’re looking at a phone with a 4.3-inch screen with 540 x 960 resolution, and a tablet with a seven-inch display of 1280 x 800 resolution. Powering everything is a 1.4GHz quad-core Qualcomm Snapdragon processor, helped by 1GB of RAM. Internal storage is 16GB, though expandable via a microSD card, dual-SIM support, a 1,500mAh battery for the phone, a 2,200mAh battery in the tablet, as well as Android 4.3 on-board.

The specs are significantly lower-end than those found on the PadFone infinity, but the price is also more attractive. The PadFone Mini will go for NT$ 11,990 (roughly $400) when it lands in China, Russia, Taiwan, Hong Kong, Singapore and Indonesia. We’re not seeing anything concerning a US/European release, but we’ll let you know as soon as we know more. 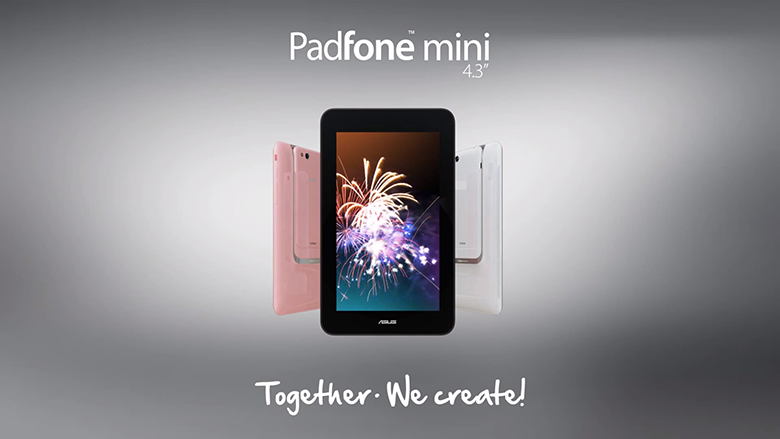