Here’s Why the Ascend Mate Isn’t A Note-Killer

Huawei’s new Ascend Mate is a massive smartphone that looks to compete with Samsung’s Galaxy Note II in the phablet space. Read on to see why I don’t think it -or Huawei- is quite ready for primetime.

One of the reasons I like Huawei, and why its press events continue to excite me, is its tenacity. The company is the embodiment of persistence. Month after month, it struggles to crack its way into new markets like the United States, and time after time, it gets shut down. Like the nameless protagonist in that classic by Chumbawamba, though, Huawei “gets knocked down, but it gets up again.” We’re (apparently) never gonna keep it down.

Part of the reason for Huawei’s difficulty is that, in the consumer space, it’s a new brand: for much of its history, the company has functioned as an ODM rather than an OEM, manufacturing devices for resale by other companies. Another reason is Huawei’s coziness with the Chinese government, which gives some Western nations pause.

But another reason, a big reason, that Huawei hasn’t yet seen much success in the consumer smartphone space is simple: the company doesn’t make excellent smartphones. At least, it doesn’t make them yet. And while the Ascend Mate has its up-sides, it’s not the device that’s going to break that pattern. 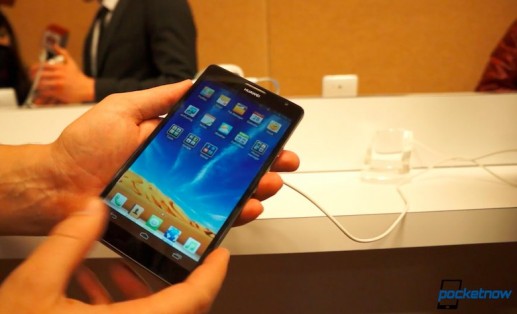 Don’t get me wrong: Huawei has demonstrated that it is capable of building good smartphones. The Ascend P1 we reviewed over the summer did well enough to score a 7 out of 10 – not excellent, but passable. Respectable, even, for a new brand. And the Ascend D2 we briefly got our hands on at CES sure looks the part of a smartphone capable of going toe-to-toe with some established midrange devices. Again, not outstanding, but adequate.

Adequate might be acceptable in some arenas, but not the one the Ascend Mate is entering. That’s because the Mate is a device built for a single, rather obvious purpose. The only reason you design a smartphone with a 6.1-inch display is to compete in the phablet space – to take on the only meaningful contenders in that market: Samsung’s Galaxy Note and Galaxy Note II. Huawei’s Chairman of Devices, Richard Yu, essentially said as much at the coming-out party for the Mate at CES last week, proclaiming over and over again that the Mate is “superior to the competition.”

To be sure, there are some areas where the Ascend Mate outclasses its Note II competition. The screen is larger but the device is still (barely) manageable with a single hand, and the display will react to gloved hands like Nokia’s Lumia devices. At 4050 mAh, the Mate’s battery is 24% beefier than the Note II’s, and Huawei’s Quick Power Control and Automated Discontinuous Reception technology may draw out its useful life further still. It will also, due to its build quality, likely be more durable and water-resistant than the Note II.

Many of those areas are important to me, especially battery life and durability. It’s also refreshing to see Huawei differentiate in uncommon areas like display sensitivity, rather than relying on the sole crutch of “better because it’s bigger.” There’s a lot I like about the Mate. But while it may in some respects be a better smartphone than the Note II, it won’t be a better phablet. 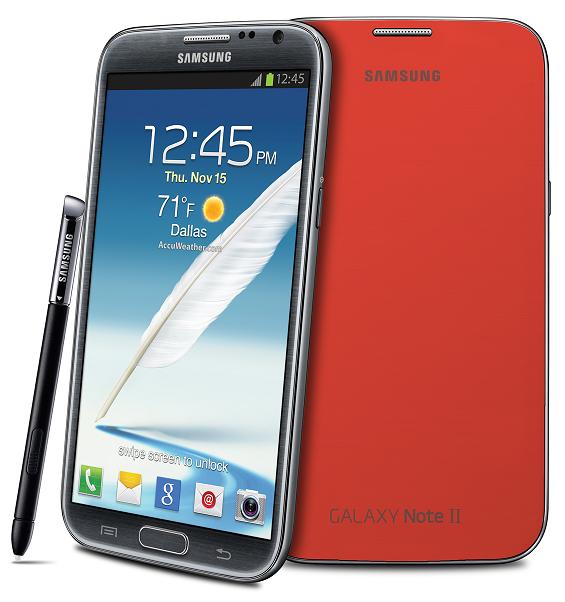 That’s because the software doesn’t fully take advantage of the huge canvas the 6.1-inch display provides. There’s a semblance of multitasking in the “floating windows” concept Huawei briefly showed off, but it looks undercooked compared with the Note II’s very useful Multi-Screen functionality, which we covered in detail -along with Pop Up Browser and Pop Up Play- in our Galaxy Note II review. Huawei’s software might surprise me once I get some time with it in the field, but it’s going to have to bring some serious heat to outperform Samsung’s excellent Multi-Screen.

Also, there’s the question of the S Pen – or lack thereof. While the Ascend Mate might ship with a stylus in the box, that stylus has nowhere to live; there’s no silo built into the device, so customers will have to rely on a case with a pen dock. Worse than that, there’s no stylus-sensing hardware built into the mammoth screen, so there’s no possibility of pressure response as there is on the Wacom-augmented Note II, with its thousand levels of sensitivity. Also gone, in all likelihood, is the special hovering capability the S Pen brings with it. Customers might as well buy themselves one of those laughable Samsung C Pens for all the good it’ll do.

There are those who will say I’m judging the Mate before I’ve gotten to know it, blasting it with my FUD cannons before it can even get out of the hangar, much less off the runway. And you know what? Those people are absolutely right. All of this opinion is based on a cursory bit of hands-on time with a pre-production device, amid the hustle and bustle of CES. The Mate has some excellent and innovative ideas, and may turn out to be quite a good device. I’m looking forward to reviewing it.

But from what I know now, and what I can reasonably expect given Huawei’s statements, I don’t expect the Ascend Mate to grow up to be a particularly good phablet. At least not as good as the devices in the Note family. And like it or not, those are the devices consumers will be comparing the Mate to.

In an interview conducted not far from where the Ascend Mate shed its veil of secrecy last week, Huawei’s Yu told Engadget that “We want to be the benchmark … No matter what phone, whether it’s low-tier, mid-range or high, all of our phones should be the best!” That’s an admirable objective, and certainly an achievable one – but only if the company learns how to deliver. Again, it’s early in its years as a self-branded consumer-serving entity, but if Huawei really wants to excel, it needs to deliver products that actually shine … not just proclaim that it does.