The ongoing Computex show in Taiwan saw UK-based chip designer Arm announce its new Cortex-A77 processor design. It should be 20 percent faster than the current Cortex-A76, but it comes with a caveat. According to Rene Haas, president of Arm’s intellectual property licensing group, “the A77’s performance boost over today’s chips, known as A76s, requires more power out of your phone’s battery“, CNET reports.

Additionally, the Mali-G77 graphics processing unit should be 40 percent faster than the current G76 chip, which will result in a scenario where “the game will never stutter“, according to Haas.

MediaTek plans on using these chips early next year, but Arm is expected to license these designs to Samsung and Qualcomm as well, while Apple usually only licenses the chip instruction set,  which is the interface used by software to command the chip.

You can read more by clicking on the report at the source link below. 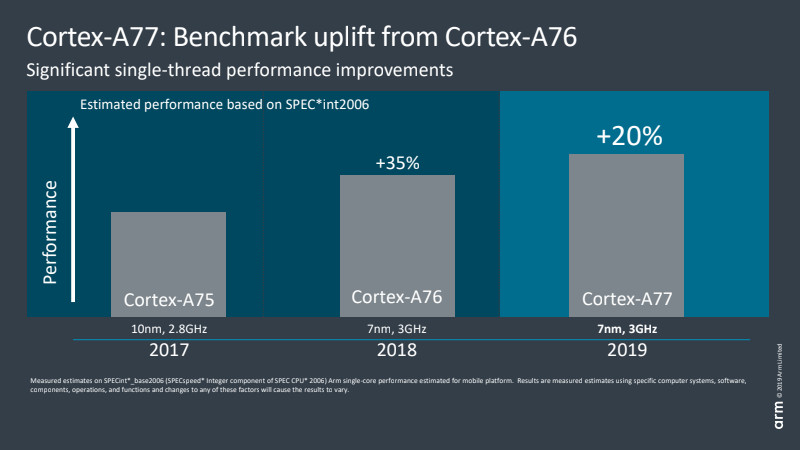