As if to properly set the stage for Galaxy S7’s debut, Archos has just unveiled a pair of high-end Diamond phones with amazing bang for buck.
Published 19 February 2016, 04:38 EST

Well, it’s that time of the year again. The time lesser-known companies like Archos join Samsung, LG or HTC in unveiling new, mainly budget-oriented gadgets at high-profile tech expos. Unfortunately, after they do, we rarely hear back from Diamonds, Heliums, Cesiums, Powers or Cobalts.

But if there was ever an Archos product introduction that warranted a little more than a quick glance over spec sheets, followed by swift dismissal, it’s this year’s pre-MWC announcement of the Diamond 2 Note and Diamond 2 Plus.

Like the 70, 80 and 101b Oxygen tablets, these two phablets are set to run Android 6.0 Marshmallow out the box. Specifically, stock Marshmallow, which makes a world of difference for software purists, but it’s hardly the key selling point here.

Instead, the larger, pricier Archos Diamond 2 Note stands out primarily with a “borderless” (at least on the vertical) 6-inch 2K screen, octa-core MediaTek Helio X10 processor, and 3,600 mAh battery capable of a 45-minute fast charge from 0 to 80 percent capacity.

The 16 and 8MP cameras also sound surprisingly potent for an Archos device, and you get 3GB RAM, 32GB internal storage, and 4G LTE connectivity too. All for the very reasonable price of $279, €299 or £249, with global sales underway in May. 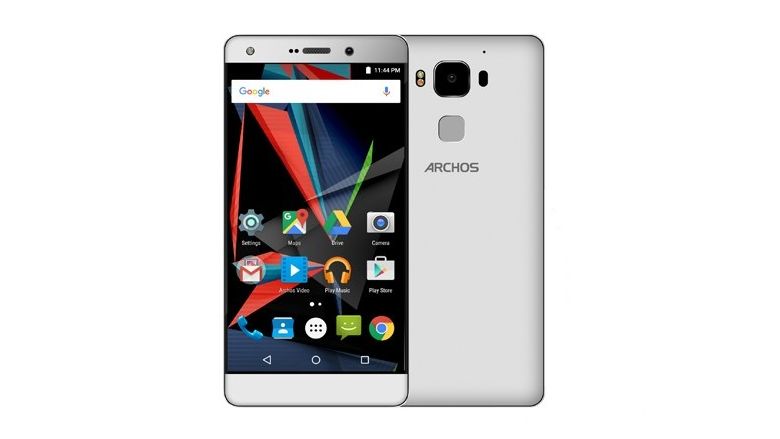 Meanwhile, the Diamond 2 Plus is half an inch smaller, $/€/£50 cheaper, yet it includes a number of high-end features the Diamond 2 Note doesn’t. There’s fingerprint recognition, USB Type C support, more RAM (4 gigs) and digital hoarding room (64GB), and even a seemingly superior 20.7 megapixel rear-facing shooter.

Granted, display resolution is downgraded to Full HD, and a slower MediaTek P10 SoC runs the hardware show, with the battery size also bumped down to 3,000 mAh. Still, 4GB RAM, 20MP photography prowess, and vanilla Marshmallow goodies at 230 bucks? Somebody pinch us, this can’t be real.