While it’s definitely hard to compete against the likes of Panasonic in the rugged tablet arena, the newly unveiled Archos 101 Saphir has something very important going for it that no Toughpad can ever aspire to.

An ultra-low price point, obviously, just like any other Android phone or slate announced by France-based Archos ahead of CES, MWC or IFA trade shows year after year. It remains to be seen if perhaps a rebadged version of this (far too) humble 10-incher will roll out later in 2017 under Kodak’s name, hopefully with slightly better specs in tow.

For the time being, we’re told to expect the 101 Saphir in European stores “before summer”, starting at a measly €150. It’s unclear if that includes the robust tab’s productivity-enhancing keyboard dock, with 7.0 Nougat looking like a major selling point either way, as it apparently “runs pure”, contributing to the “responsiveness and fluidity of the device.” 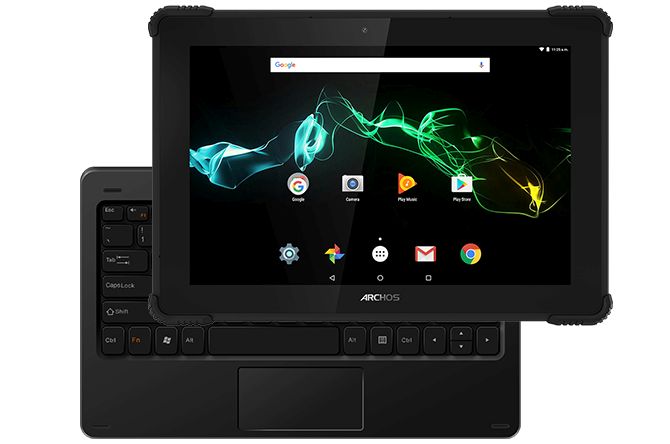 Responsive? Fluid? Not with a skimpy 1GB RAM under the hood, doubled by a sub-par quad-core 1.3 GHz MediaTek MT8163 processor. The rest of the features are themselves far from stellar overall (HD screen resolution, 5/2MP cameras, 6000mAh battery, Wi-Fi-only connectivity, GPS and Bluetooth 4.0), although it’s nice to see at least 16GB internal storage space provided locally, a USB Type-C port, and micro HDMI.

Don’t overlook the inexpensive tablet’s water, dust and drop resistance, which is probably its biggest asset. But is that enough?