As if the iPhone X wasn’t expensive enough, those in need of official AppleCare+ extended warranty services will need to cough up an extra $199.
Published 13 September 2017, 10:48 EDT

Whether you choose to look at the iPhone X as “forward thinking” and groundbreaking, as Apple CEO Tim Cook flamboyantly claimed on stage at the company’s latest keynote event, or just an Android trend follower, the “all screen” device definitely has a multitude of things going for it.

But it also undoubtedly needs to clear some massive hurdles on its way to “supercycle” success status, starting with an uncharacteristically late November 3 launch and decidedly extravagant pricing structure.

Worse yet, if you want to unleash the full power of the new wireless and fast charging-capable battery, you’ll have to pony up for accessories sold separately. Throw in a protective case and a pair of AirPods (no, the headphone jack hasn’t returned), and you’ll end up with a bill rivaling the retail costs of a decent current-generation MacBook Pro configuration.

Adding insult to injury, AppleCare+ service is for some reason substantially more expensive when covering the $999 and up iPhone X than combined with the 7, 7 Plus or even 8 and 8 Plus. 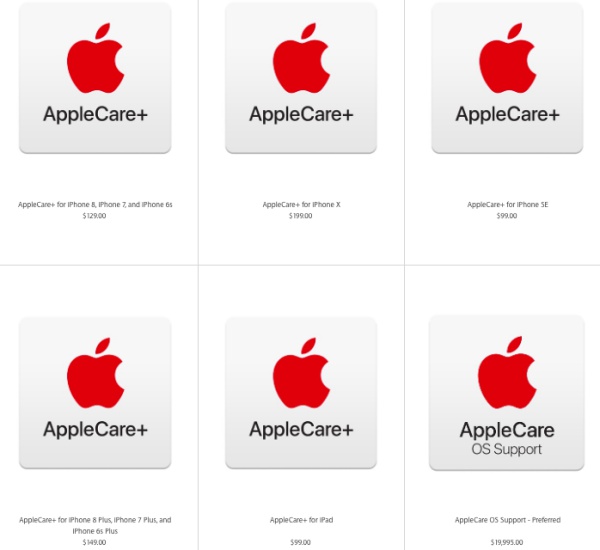 You’re looking at an extra expense of $199, and that obviously doesn’t include a separate $29 screen damage service fee or $99 for “any other damage”, plus “applicable tax.”

Cupertino’s premium extended warranty plans are still $129 for new iPhone 7 and 6s buyers, as well as those willing to settle for the “regular” iPhone 8, with $149 charged of 6s Plus, 7 Plus and 8 Plus users seeking a little peace of mind. Finally, the low-end iPhone SE and your iPad of choice continue to be insured against two incidents of accidental damage for two years from your original purchase date in exchange for just $99.