Apple Watch Series 3 is all about cellular

LTE and UMTS radios will be introduced on this new Apple Watch and all four major US carriers will stock cellular versions.

With over 50 percent growth between Apple Watch and Apple Watch Series 2, a ebullient Tim Cook yelled out that the company’s new wearable product is the top-selling watch of any kind in the world. With a 97 percent customer satisfaction rate, how can Apple keep its pace up?

With cellular capabilities on the Apple Watch Series 3. LTE and UMTS radios will help the device take calls with users’ iPhone number. iCloud and Messages will also recognize when the device is being used and will track its GPS and other data over the iPhone. And, if the data plan can stomach it, Apple Music’s full 40 million-song library is available to users. 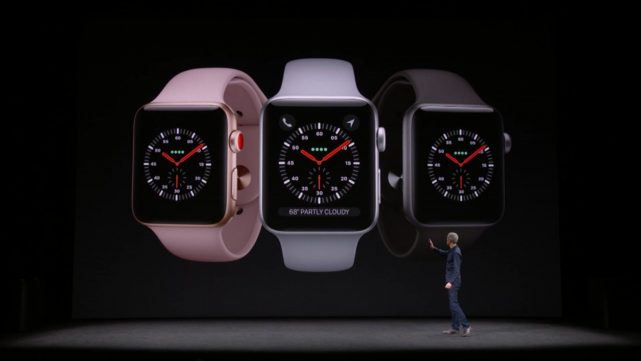 The display acts as the cellular antenna while a new Apple W2 chip contains the Bluetooth and Wi-Fi radios. A new dual-core computing processor is also on-board with 70 percent performance increase. Water resistance remains. The case only has a 0.25mm bump in the heart rate monitor when compared to the Series 2 design.

Gold, black and white aluminium cases are available as well as a gray ceramic case — presumably in the traditional 38mm and 42mm sizes — with Nike woven bands, Hermes designs and others to be sold at the outset. Cellular devices are available from $399 in the US, Canada, Australia, the UK, France, Germany, Switzerland, China and Japan with at least two more countries to come. Bluetooth and Wi-Fi only devices begin at $329. The Apple Watch Series 1 will stick around at $249, so Series 2 looks to go out the door.

watchOS 4 is also implementing GymKit to connect gym equipment as data sources and better heart rate metric displays. It will also alert users who aren’t active in the moment on increased heart rates or arrhythmia. The company will also conduct a study with Stanford University and the federal government. 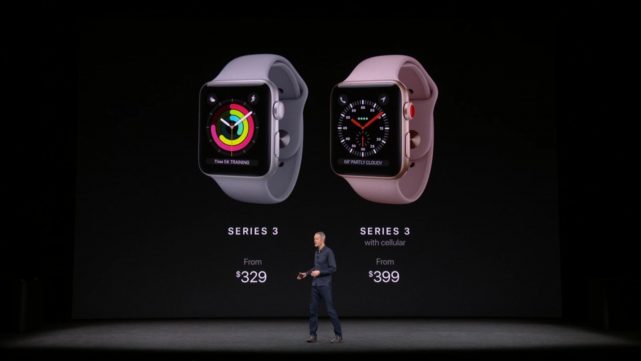 The software update is available on September 19. Pre-orders for Series 3 start on September 15 and deliveries stem from September 22. All four major carriers in the US will have cellular Apple Watch sales.

HUAWEI has also extended the warranty of all HUAWEI and HONOR products by a span of up to three months in India owing to the coronavirus lockdown extension.
YouTube 1.8M
Facebook 572K
Twitter 196K
Instagram 134K
RSS