Today’s Apple Watch announcement is starting to let out answers to some big release questions, including battery life.

We heard about Apple TV, we heard about the new MacBook: now it’s time for maybe the most anticipated news to emerge from Apple’s event today, as we start learning about release details for the Apple Watch.

Before we get to that, we’re talking apps and functionality, as well as getting a formal answer to one of the biggest questions hanging over the Apple Watch: battery life. Apple says that users can expect to get 18 hours of average use on a charge.

The latest version of iOS is arriving in preparation for sales of the Apple Watch, and users should start seeing iOS 8.2 headed out today.

But now for the big guns: pricing. The aluminum Apple Watch Sport was always set to be the most affordable of Apple’s smartwatch options, starting at just about $350. Apple verifies that price for the 38mm version, while the 42mm Apple Watch Sport will sell for $400.

We all knew the Apple Watch Edition would be expensive, but how expensive? $5,000? Were those $10,000 rumors accurate? It turns out they were – and then some. Edition pricing will start at the $10K mark, and only go up from there as users configure the smartwatch with higher-end bands. (Update: it looks like the priciest combo will reach $17K)

Pre-orders for Apple Watch models will open on April 10, with units on-hand in Apple Stores for you to check out. Actual sales will begin a little later in the month, on April 24. Apple’s involving nine countries in the launch: the US, Canada, UK, France, Germany, Australia, China (mainland and Hong Kong), and Japan. 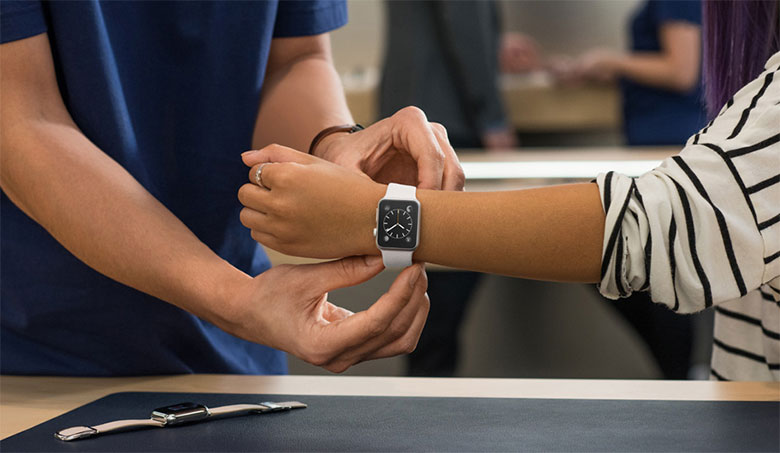