Apple vs. FBI: Should Apple be required to unlock a terrorist’s iPhone?

It’s Apple vs. FBI in this Weekend Debate. Does Apple have to hack its own phone for the FBI, or is the FBI overstepping in its pursuit of justice?

This is probably one of the more serious Weekend Debates of recent history. This is a Weekend Debate with implications far more reaching than trade shows or design elements. Today, we talk about security and national obligation. The FBI recently requested that Apple unlock an iPhone that was owned by the perpetrator of a mass shooting on US soil. Apple has thus far refused, citing security concerns. This has sparked a national debate, and we’re picking up the torch and carrying it over the weekend. It’s Apple vs. FBI. Who are you betting on? 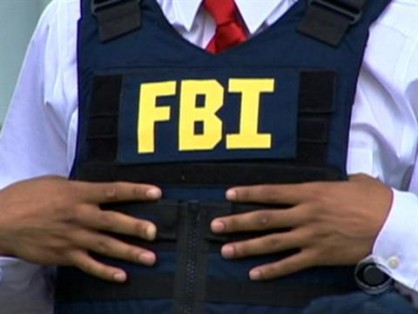 Limit one per customer

The FBI’s request is limited only to the iPhone 5c in its custody. The FBI is asking for a custom version of iOS which basically contains a backdoor for the FBI to access the data on the phone. This would only ever be installed on the one iPhone, and would only be used to obtain evidence to potentially go catch more bad people before they have the opportunity to perpetrate more or worse events. This seems entirely reasonable. The US Government has been known to employ hackers and convert them into good guys. Basically, in this case, the FBI is asking Apple to be a good guy.

After all, in the interest of national security and safety, if one hacked iPhone could save a life, it’s worth it no? The data collected would only be analyzed as it pertained to future threats. Trust me, the FBI couldn’t care less how many times this person called Miss Cleo for love advice. The government is only interested in what other information may be buried in that vault, and all it’s asking for is the combination for that one particular vault.

Apple should be happy to help out the land of the free and the home of the brave considering how much this country has given it. Millions of consumers that turn up every year just waiting to buy the next generation of smartphone at (let’s be honest here) whatever price Apple decides to sell it. That is built upon the security of a safe and prosperous nation. Shouldn’t Apple be willing to do whatever it takes to ensure that safety isn’t compromised?

Here’s the thing. The FBI says that this measure would only be used for this one phone ever. Well, that’s assuming that proper security can be put in place to prevent leakage of this iPhone hack to the general public. “But it’s Apple!” Right. The company that loses phones in bars. And we won’t even talk about the iCloud hack and all those naked celebrity selfies. “But it’s the FBI!” Right. Two words – wikileaks. Wait – Maybe that’s one word. Anyway. In short, the only way three people can keep a secret is if two of them are dead. If such a patch were developed, there would be absolutely no way to guarantee it never left Cupertino/FBI computers.

Plus, this sets an awful precedent for future phone owners. Sure, today the FBI is only going after a terrorist. What about tomorrow? I can easily imagine a path where sometime in the future, you get pulled over for a broken tail light, hand over your iPhone 8 and have its database scanned into a police database. Yeah, I know. It’s tinfoil hat time, but it only takes one step to start down a bad path.

Apple has every right to stand up for itself and its customers’ security. It needs to at least put up a solid front, lest the iPhone be criticized for being less secure or consumers’ trust in it be diminished. Whether or not Apple can or will win this fight is yet to be determined, but at the moment it needs to fight back against this.

So what do you think? Who is in the right here? Is it the FBI in its relentless pursuit of justice? Or does Apple’s interest in consumer security ring more true? If you were Tim Cook, would you capitulate in the name of national security? Or are you fighting this and going to the mat with our criminal justice system? Sound off below and let us know where you stand with all this, and let’s see if we can figure this out.

Best Buy stores in the United States have also decided to close their doors for customers, but you will still be able to get your products
YouTube 1.8M
Facebook 572K
Twitter 196K
Instagram 134K
RSS