Apple’s use of “larger” pixels created an inevitable connection to HTC’s “ultrapixels”, but Apple is a step ahead in most respects.
Published 19 September 2013, 07:00 EDT

It was inevitable, really. It couldn’t not happen. The very second Apple announced “15% bigger” the parallels were drawn. “Wait a minute! The HTC One has bigger pixels. The iPhone 5s has bigger pixels.  They must be the same!” Well, not quite. But it had to happen, so here it is.

There was much speculation as to why HTC decided to put a teeny tiny camera with a fake name into their phones. Some claimed HTC was cheap. Some claimed the One couldn’t hold a bigger camera given its thickness or lack thereof. Some claim – get this – that the Ultrapixels actually contribute to a great camera. I know, it’s crazy right?

Like it or not, four ultrapixels is all you’re getting, so best to just accept that and move on. The reviews since then have pretty much backed up that the HTC One is a great phone, with a good camera. Some ultrapixel disciples are really into the technology. Bigger is better and all that. Others are not so convinced. The low-light shots are great – right up there with the the Lumia 920 and arguably better than the iPhone 5. But at the end of the day, they’re four megapixels.

Then you have the iPhone 5s. The iPhone is bringing their flavor of ultrapixels to the arena as well. Apple’s are smaller, just 1.5 microns, compared to the HTC One’s 2 micron pixels, but they were no less touted. “Fifteen percent bigger,” they said. More light. More betterer!

But Apple brought a number of other improvements as well. First of all – let’s just say it – eight megapixels, not four. Perhaps the .5 microns makes a huge difference in surface area, but whatever the reasoning (read: excuses), Apple got the memo – four ain’t gonna cut it. So, right out of the gate, Apple is a step ahead.

Four is the new eight, except it’s not

It’s not that four megapixels is bad. In a perfect world, it’s not. You shouldn’t have to zoom in on photos, or enlarge them. We’re not on CSI here. High-res isn’t as critical as it is in most crime dramas, but when you have a camera that snaps a photo, and you pull up that photo on your tablet, and what you see is what you get, that’s just embarrassing. To this day, I can’t fathom what HTC was thinking.

Apple is also trying to address a constant problem with cell-phone-photography, the flash. Most photo aficionados who sport a cell phone camera turn off the flash by default. The reason for this is simple. Cell phone flashes kinda suck. Whether a flash is LED, xenon, or what have you, cell phone flashes tend to make bad pictures worse and good pictures bad. Either it’s washing the subject out, or it’s not strong enough to get a good picture in the first place. It’s not a good place to be.

Apple is trying to banish those feelings. Apple’s two-tone flash (yes, I know it’s called “True tone” but that’s not what I call it) promises to deliver more natural tones in photos – when you use it. The stigmas attached to flash are such that most will likely opt to not go that route, even with Apple’s improvements. But it is a major effort to revitalize a function on cellphones that normal cameras take for granted. 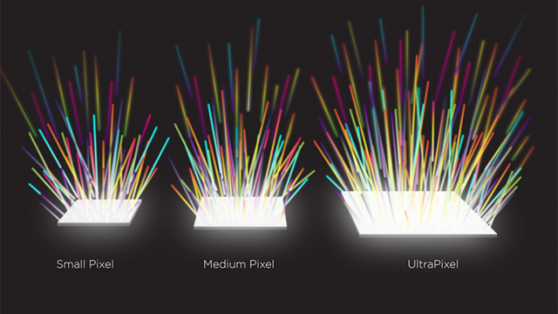 Add to all this the suite of software that one has come to expect on iPhone cameras, and you have yourself a nice little camera. Apple failed to add optical image stabilization, an exclusion that still has us checking spec sheets just to make sure we didn’t miss it. How a high-end cell phone in 2013 which includes what is touted as one of the world’s most popular cameras can be produced without such a crucial feature is frankly beyond us. But, Apple either didn’t need it, or couldn’t make it work, so we’ll have to look forward to the iPhone 6 to get that, along with NFC, a larger screen, and wireless charging of course.

From a software perspective, the iPhone 5s and the One are very similar to each other, offering similar features, and filters, and what have you. However, on the hardware side, what HTC offers just doesn’t measure up to what Apple has under the hood, and it’s really too bad. There really isn’t anything that Apple did that was impossible for the One. Not being a phone engineer, I can’t speculate as to just how much room was left to add more ultrapixels, and maybe HTC just didn’t think they were that important. They would be wrong, but maybe that was the popular train of thought.

Overall, with merely six extra months to develop, Apple has made something that could have made the HTC One a great phone with a great camera  but didn’t. And because of that, the smartphone camera train keeps a’rollin’, and HTC is sitting back there at four megapixel station, staring at it’s ticket and cursing itself for not ponying up the bread for a longer trip.

I don’t know about you, but I’m pretty sure that metaphor derailed a long time ago.

So, I ask you, dear readers: Would Apple’s flavor of ultrapixels make the One more appealing to you? Or is it simply more appealing because it’s Apple? Or are four megapixels enough for those moments that need to last a lifetime?