After 10 years, can Apple revolutionize the industry again?

It has been 10 years since Steve Jobs stepped to the stage and changed the world. Is that hyperbole? Sure, but this is an Apple article after all. Just drinking the trillion dollar Kool-Aid. Anyway, like Apple or not, the iPhone changed the conversation in mobile technology for the next decade. At the time the iPhone was a killer device in a field where Blackberry, Palm, Microsoft, and Nokia were the big fish in the pond. And where are they now? So, you can be an Apple hater, but even the staunchest hater has to admit what the iPhone did to the industry.

So here we are, ten years later, and the smartphone industry has grown a little bit stale. Do we look to Tim and the Cupertino boys to shake things up again? It’s not unreasonable to think Apple could. There are new horizons just waiting to be reached in the mobile industry, in the field of wearables, AR, and probably a few things that aren’t even out there yet. Apple, as much as anyone, could be the next big thing (see what I did there?) that the industry is waiting for. 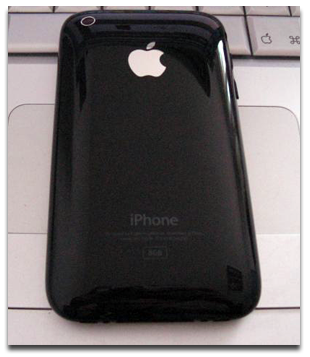 All about the UX

Apple is all about the user experience, and that’s what this industry needs – a UX refresh. Apple introduced the iPhone on the back of a UX refresh. Some companies are dabbling in new technologies, fleshing them out, and waiting for someone to swoop in and get things totally right. And isn’t that what Apple generally does best? Wait for other companies to go through the growing pains and then release an optimal user experience? It’s not the most innovative approach, but it has served Apple of late.

Apple also has the following needed to build a new concept – whether that’s a new ecosystem of devices, or services, or something I haven’t even thought of. One of the hardest things about revolutionizing an industry is getting people on board. People fear change, unless it has a lower case “i” in front of it; then it’s courageous. But seriously, Apple has the kind of following that could adopt a whole new concept, with almost no questions asked. That’s a powerful thing to have, especially for an industry that is in need of a refresh.

But here’s the thing. Apple hasn’t really been blowing us away with new revolutions lately. The one thing that Apple really beat everyone to the punch to was Siri, over five years ago. And before long, Google Assistant and even late comer Cortana left Siri looking like a sterile experience. Apple’s innovations don’t usually come with a lot of thunder any more. Certainly nothing approaching the revolution that the iPhone was.

We’ve hit a point of critical mass in smartphones where the next revolution can’t be something that goes in your pocket. It needs to be something fresh and accessible, and a complete departure from what we have now. This leaves Apple at a disadvantage because Apple is more about refining what’s there, not coming up with something brand new. Not lately. If Apple is going to turn the industry on its head, odds are it’s going to do something with AR or VR, because to be honest, that’s about the only thing that’s potentially world-altering enough, but has a presence today. 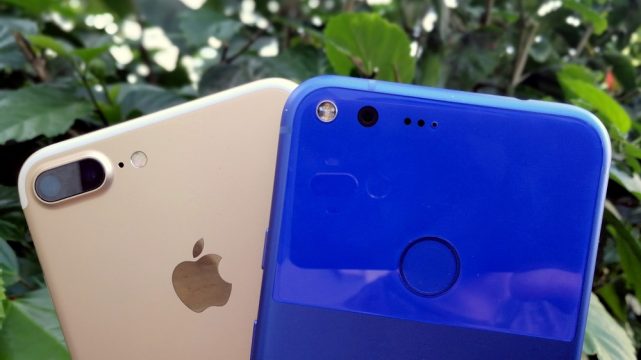 All for one, one for all

Plus, we’re all changing so much year over year that even if Apple does develop the next big thing, Samsung or Google (or both) will be right on its heels developing their own versions, until we get to the point where we don’t know where one stops and the other starts. If the world is going to change, it’s going to be through the efforts of all three companies, not just Apple.

Besides, we talked earlier about Apple’s following. Consider Samsung. If I had to put money down today on who would lead this industry into the next era, my money would be on Samsung. It is big enough, has money enough, and resources enough to do it. Plus, it’s Samsung. Samsung tries everything. But I don’t want this to turn into a Samsung cheerleader piece. I want to hear from you.

Do you think Apple has it in them to revolutionize the industry again? What form do you think that will take? If not Apple, who? Who will usher in the next big thing in the mobile technology industry? It’s not as easy as it sounds, so sound off down below, and let’s see if we can figure this out.

On today’s Pocketnow Daily, we talk about the possible new name for iOS, the huge limitations in the screen of the Samsung Galaxy Note 20 and more
YouTube 1.8M
Facebook 570K
Twitter 197K
Instagram 133K
RSS