Does your iPhone X screen tend to freeze at low temperatures? Fret not, iOS 11.1.2 is here to fix that particular issue, as well as a lesser-known one.

Just as the latest in a long line of Pixel 2 issues surfaced, one of comparatively few iPhone X glitches is ironed out, proving once again Apple deservedly holds the software update champion crown.

Even though Cupertino-based engineers are hard at work on a more extensive iOS 11.2 platform revision effort, and the previous minor OS upgrade was released just last week to fix that infamous autocorrect bug, a small iOS 11.1.2 goodie pack is also ready for primetime.

Rolling out over-the-air as we speak to all iPhone and iPad users running the newest major iOS version, the 50MB or so update only appears to contain two specific solutions to iPhone X problems. 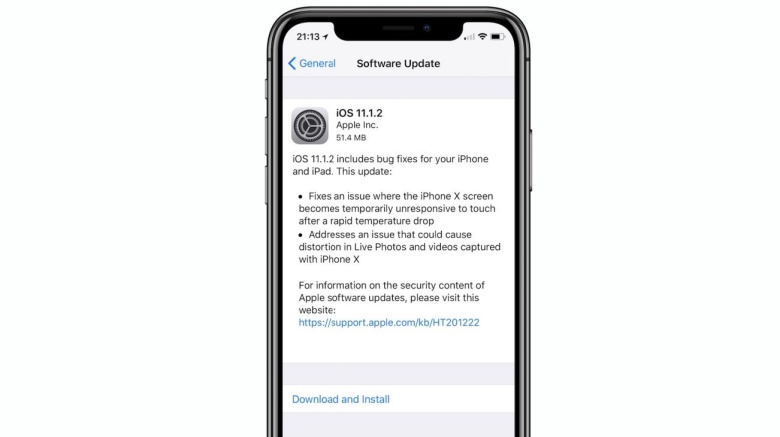 Odds are you at least heard of one of them recently, if not experienced it while changing the iPhone X’s ambient temperature. Apple insists the screen was merely “temporarily unresponsive to touch after a rapid temperature drop”, though many users reported a more persistent situation in not-that-cold environments.

Either way, all’s well that ends well, especially when it ends so quickly. The same goes for a lesser-known issue that “could cause distortion in Live Photos and videos captured with iPhone X”, which is apparently also a thing of the past. But what about those rapidly spreading, iPhone 8-”borrowed” earpiece mishaps? Should we expect an iOS 11.1.3 rollout next week? Let’s hope so.

Today’s deals come from Amazon and B&H, and they have a massive selection of Apple devices on sale, plus some other interesting products

We have compiled a list of the most elegant Galaxy S20 cases.