On today’s Pocketnow Daily, we talk about the Apple and Qualcomm settlement, the leaked Google Pixel 3a and 3a XL renders, and more.
Published 20 April 2019, 02:00 EDT

We kick off today’s Pocketnow Daily with news about Apple Watch Series 3 Deals. The swim proof Apple smartwatch that offers fitness tracking and GPS is now getting close to $80 discount, depending on where you find it, let it be Walmart or Amazon. Apparently, these deals are mostly for the larger variants, but you can read the original story for details here.

The BlackBerry KEY2 Red Edition that was introduced by TCL at MWC 2019 is now finally available in the United States, after initial pre-orders went live in February for Europe. It brings a limited edition red paintjob for both the phone and the earbuds, 128GB of storage, and some software makeovers, while leaving the rest of the specs untouched. Find out how much it costs and where to get it from.

BlackBerry Messenger shutting down on May 31, 2019

Starting May 31, 2019, BlackBerry Messenger will be shutting down for consumers. The company that licensed BBM from BlackBerry made the announcement and also told users that they can save pictures and videos. For other things you want to save, and for the things that will die together with BlackBerry Messenger, check out our original story.

FaceBook recently announced that thousands of passwords were kept in plain text and accessed by unauthorized people. As it turns out, it was millions of passwords, and they were mostly referring to Instagram accounts. The best way to secure your account is to immediately change your passwords for both services.

Official Pixel 3a and Pixel 3a XL renders leak 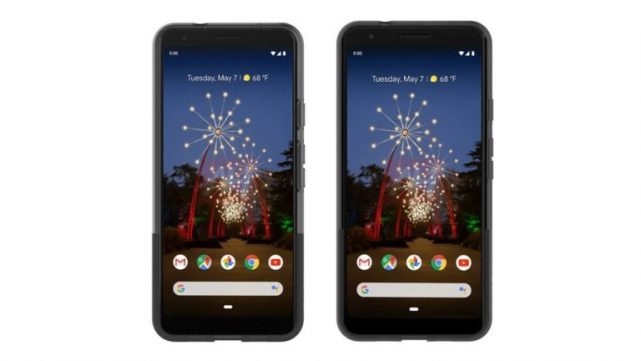 We’ve been hearing about almost all of the details concerning the Pixel 3a and Pixel 3a XL, Google’s upcoming budget Pixel phones. We’re apparently looking at official renders that got leaked, which not only confirm what we’ve been hearing so far, but they also support previous chatter that we will see them unveiled at Google I/O 2019, on May 7. Read more about the two phones here.

Story of the day:

Apple and Qualcomm ceased all litigation on April 17, and, aside from settling the dispute, they signed a supply and a licensing agreement. The amount of the settlement was not disclosed, only the fact that it’s a one-time payment, but rumors talk about an amount around $5 to $6 billion that the iPhone maker had to pay Qualcomm to settle the cases. The report also talks about this being possibly an Apple investment for the future, as it has no options for a 5G modem chip, but one made by Qualcomm. You can check out the entire report here.

Unless you’re nostalgic and want to grab what could probably be the last Galaxy Note, there is simply no reason to consider it over the Galaxy S21 Ultra.