Accessibility, iPhone 7, iOS 10. All big subjects to Apple. Apple TV also gets a big update with the TV app and a Live app.

“When technology is designed for anyone, it lets everyone do what they love,” said a wheelchair-enabled film editor.

Apple CEO Tim Cook led the company’s October event with a refreshed accessibility website for the company, making sure that people know what resources that an iPhone or a MacBook can provide to everyone who can do with just a little help to do what they want to do in life. Cook went onto a laudatory update on the iPhone 7 with 400 million Memories already logged and a burn on Android fragmentation as iOS 10 adoption has reached 60 percent of all iOS devices. Portrait Camera mode was recently launched for the iPhone 7 Plus with iOS 10.1 and a small portion of the presentation was dedicated to a slideshow of user-submitted pictures.

“This is the best camera, the best user experience and the best iPhone we’ve ever made,” Cook said.

Japanese users got Apple Pay and, in select areas, transit directions for Apple Maps this week as well. 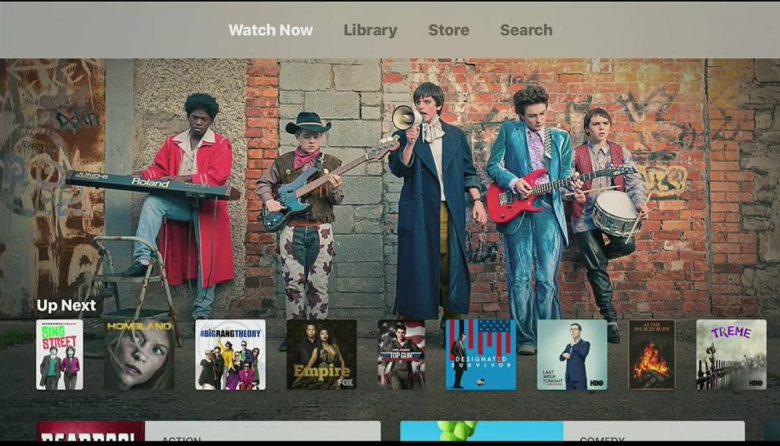 So, is there anything new so far today? Well, Apple TV is getting Minecraft in addition to the 8,000 apps it already has. Twitter’s new offering of livestreams are also integrated into Apple TV now with a Twitter feed pull-out for instant stats and reactions for games. All of that can be controlled via the Siri controller.

Apple also announced one new app, “TV,” that’s designed to bring a “unified viewing experience”. It offers screens for content series that you’re working on, what you might be interested in and currently airing programs. Browse by categories or by Netflix-esque playlists. Clicking onto a program will send you to the app that the program resides (for example, “Game of Thrones” will send you to HBO Now). New apps and programs you’re browsing get automatically inserted into “Watch Now” and “Up Next” sections of the TV app. The app is available for Apple TV and your iOS devices starting in December in the US.

In a separate development, Siri can also take requests for watching live content, looking for your favorite channel or for turning on “the Louisville game” or “what other football games are on now.”