After a lot of back and forth between Apple and the UK court, Cupertino has published a new Samsung-acknowledgement. Read about it!

You probably know about the back and forth in the UK regarding the acknowledgement Apple had to publish on its website. The initial text was found to be improper and the court ordered Apple to replace it, something which happened recently in the printed media too.

Now Apple’s website features not one but two acknowledgements. The first one, at the bottom of the front page, contains a link to the legal text alongside the lines: “On 25 October 2012, Apple Inc. published a statement on its UK website in relation to Samsung’s Galaxy tablet computers. That statement was inaccurate and did not comply with the order of the Court of Appeal of England and Wales”.

The new acknowledgement text can be found in the image above (the same as the text printed), and, in comparison, find the new version of the text in the image below. If you’re trying to find differences as in wording, you will not, as Apple has only removed references to other rulings. Basically the new acknowledgement is the old one sans paragraphs two, three, four, and six. 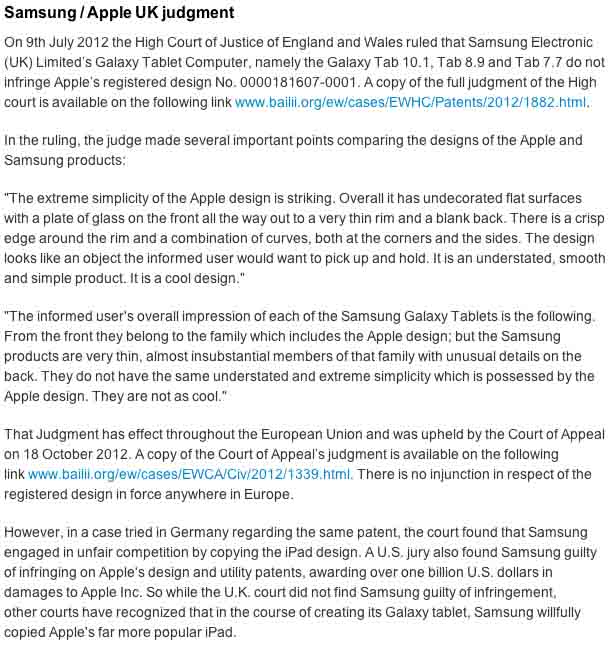