Yes, Apple’s Worldwide Developers Conference is typically all about software, but this year’s WWDC felt special from the get-go, returning to San Jose after 15 years.

Also, rumor has it the “new” iPad Pro was delayed due to various component shortages, so better now than in the fall, alongside those truly special new iPhones, right?

Alas, Cupertino’s first 10.5-inch tablet isn’t as “bezel-less” as we hoped, though it does squeeze significantly more screen real estate into the same general body as a 9.7-inch iPad Pro. 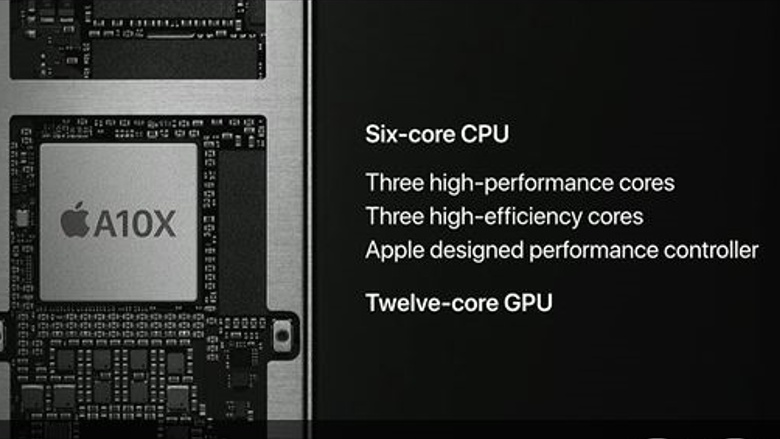 The borders are apparently 40 percent thinner, which is no small feat, and there’s a “full-size” Smart Keyboard you can pair with this thing for (almost) laptop-like productivity. While the display’s pixel count is probably not upgraded, you get double the old 60Hz refresh rate, 50 percent increased brightness, lower reflectivity and HDR video support. For both the “all-new” 10.5 and a rehashed 12.9-inch model, in case you weren’t confused enough by the 2017 iPad lineup.

The homebrewed A10X Fusion chip consists of a 6-core CPU (three high-performance, three high-efficiency) and 12-core GPU delivering the usual moderate enhancements in speed and performance (30 percent for the CPU, 40 for the GPU).

You get 12 and 7MP cameras if you’re into that sort of a thing on a still-massive 10.5-inch slate, 10-hour battery life, and internal storage ranging from 64 to 512GB, with optional LTE also covered. 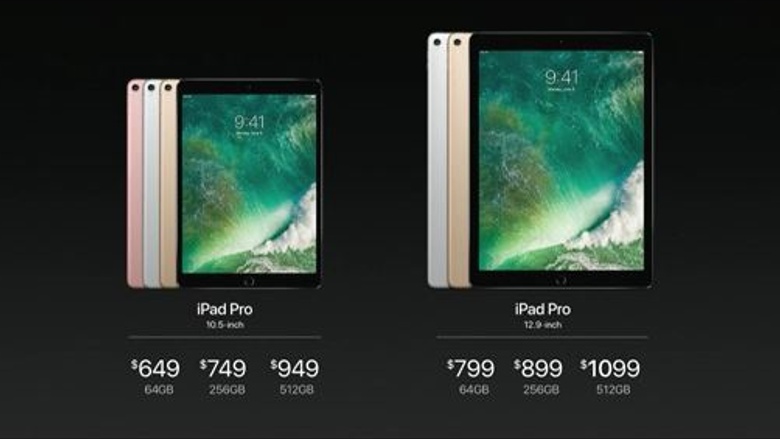 Pricing starts at $649 and $799 for the just-unveiled iPad Pro 10.5 and 12.9 respectively, and oh, iOS 11 just so happens to be “the biggest iOS release for iPad ever.” As expected, drag and drop is coming, alongside a neat new app switcher, a proper Files organization feature, and a dock you can literally fill with apps and summon from anywhere.

Unfortunately, iOS 10 is pre-loaded, as pre-orders start today, with shipping underway next week.

Face ID or Touch ID support for website log-ins is facilitated by the new Web Authentication API that arrives with Safari 14.