iPhone X Edition sounds a little too elaborated, even pompous, for Apple’s highly anticipated first OLED handset. But it’s not to be ruled out.
Published 12 September 2017, 04:09 EDTUpdated 13 September 2017, 09:05 EDT

The names and numbers are pretty much etched in stone at long last, a few of the key selling points hold absolutely no secrets anymore, and the most devoted iFans have already begun to cue up, even though the iPhone X could well need weeks, maybe months, to actually be delivered to its earliest adopters.

But what if we still know nothing? Or what if we know some things, but they’re not entirely accurate? Case in point, the latest turn in a branding debate that seemed endless and pointless not long ago.

Over the weekend, all iOS 11 signs pointed to an iPhone X – 8 – 8 Plus lineup, which sounds logical but also a tad confusing. X, of course, stands for 10, so the decidedly less glamorous iPhone 8 and 8 Plus might face an uphill battle in stores, feeling terribly outdated right off the bat.

Previously, iPhone Edition was a fairly solid candidate for the marketing label of the family’s first OLED member, with a nice, vague ring to it that wouldn’t threaten the appeal of the 8 duo. 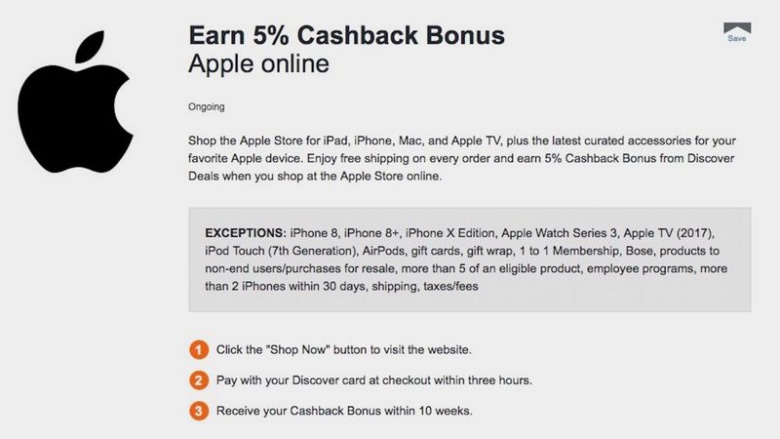 A more elaborated iPhone X Edition signature is now all of a sudden in the cards, at least according to Discover. What does a credit card issuer have to do with a flashy Apple keynote and a bunch of hot new iGear? Nothing, really, but it’s still odd that Discover didn’t choose the likeliest names for this premature placeholder page.

All references to the iPhone 8, 8+, X Edition, Apple Watch Series 3, Apple TV (2017) and iPod touch (7th Generation) have predictably been erased from the Discover Deals portal, which doesn’t answer the crucial question of the financial services company’s inside information.

For his part, Steven Troughton-Smith, who dug up an abundance of valuable intel from both iOS 11 and HomePod leaked code, thinks “Discover is smoking something”, since there’s no 7th gen iPod Touch in the pipeline to his knowledge.