Will the iPhone SE 2 sport an iPhone X-style notch? No one can say for sure, but Chinese screen protector manufacturers seem to think so, while “supply chain sources” tell Forbes contributor Gordon Kelly a different story.
Published 01 June 2018, 09:06 EDT

That second-generation iPhone SE, following in the footsteps of a compact, relatively affordable 4-inch device from 2016, is now pretty much guaranteed to skip a WWDC 2018 announcement after months of back and forth rumors.

But perhaps more importantly, we still don’t know how this iPhone SE 2 is supposed to look. Even that very name is unconfirmed, with Forbes contributor Gordon Kelly claiming today to have heard from a “supply chain source” about unchanged iPhone SE branding.

Kelly’s anonymous source suggests there’s in fact no redesign in the pipeline either, although certain “upgraded internals” will reportedly make the starting price “increase significantly” from the current $350 entry-level MSRP.

Meanwhile, a “bigger budget iPhone X”, aka the fall 2018’s lone LCD variant, is tipped to measure around 6 inches in screen diagonal, fetching a recommended price “closer” to the iPhone 8’s $699 than the “widely circulated” $550 tag.

With a metal chassis, single rear-facing camera and Face ID support, that sounds fairly reasonable, also including a fast charger that Apple apparently plans to bundle with all the new models as standard. 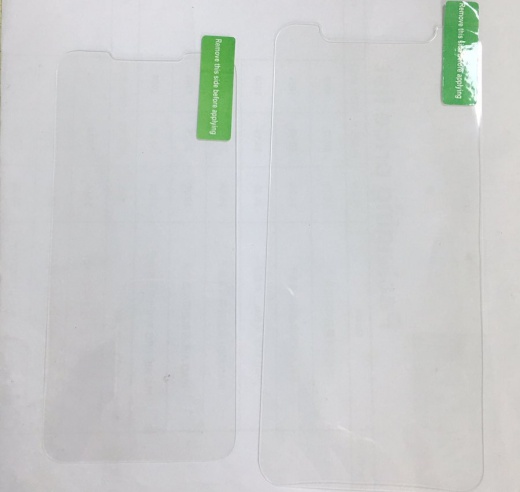 But back to the “upgraded” iPhone SE, we should probably mention a slew of screen protectors spotted in various online and offline places in China are still pointing to the possibility of an iPhone X-inspired redesign.

There’s obviously no way to verify the authenticity and accuracy of these third-party accessories, but even if the iPhone SE 2 ends up “borrowing” its “cousin’s” notch, you should probably expect a smaller screen cutout likely lacking all the Face ID-supporting sensors and mechanisms.

The rest of the cameras include an 8MP wide-angle lens, a 5MP macro shooter, and 2MP portrait camera.