Apple’s incrementally upgraded iPhone 8 and 8 Plus are objectively less eye-catching than the Face ID-recognizing iPhone X, but it’s only taken a few days for them to prove relatively sturdy in different durability tests, as well as legit camera powerhouses.

Besides, they’re still Touch ID-capable, with the home button-embedded fingerprint sensor verifying its worth, security and reliability a long time ago, unlike the facial authentication method that’s making everyone nervous.

At $699 and up, the 8-series devices are far from affordable, though it was probably always unrealistic to expect anything less. This Cupertino-based tech giant sure likes its profit margins nice and hefty, spending an estimated $295.44 on the components and “basic manufacturing” of every 64GB iPhone 8 Plus unit then sold for $799 a pop.

That’s almost 18 bucks more than the total production costs of an iPhone 7 Plus approximated by the same “world leader in critical information, analytics and expertise”, called IHS Markit, while a “regular” iPhone 8 purportedly commands a $247.51 bill of materials, up $9.57 from the iPhone 7’s rough BOM. 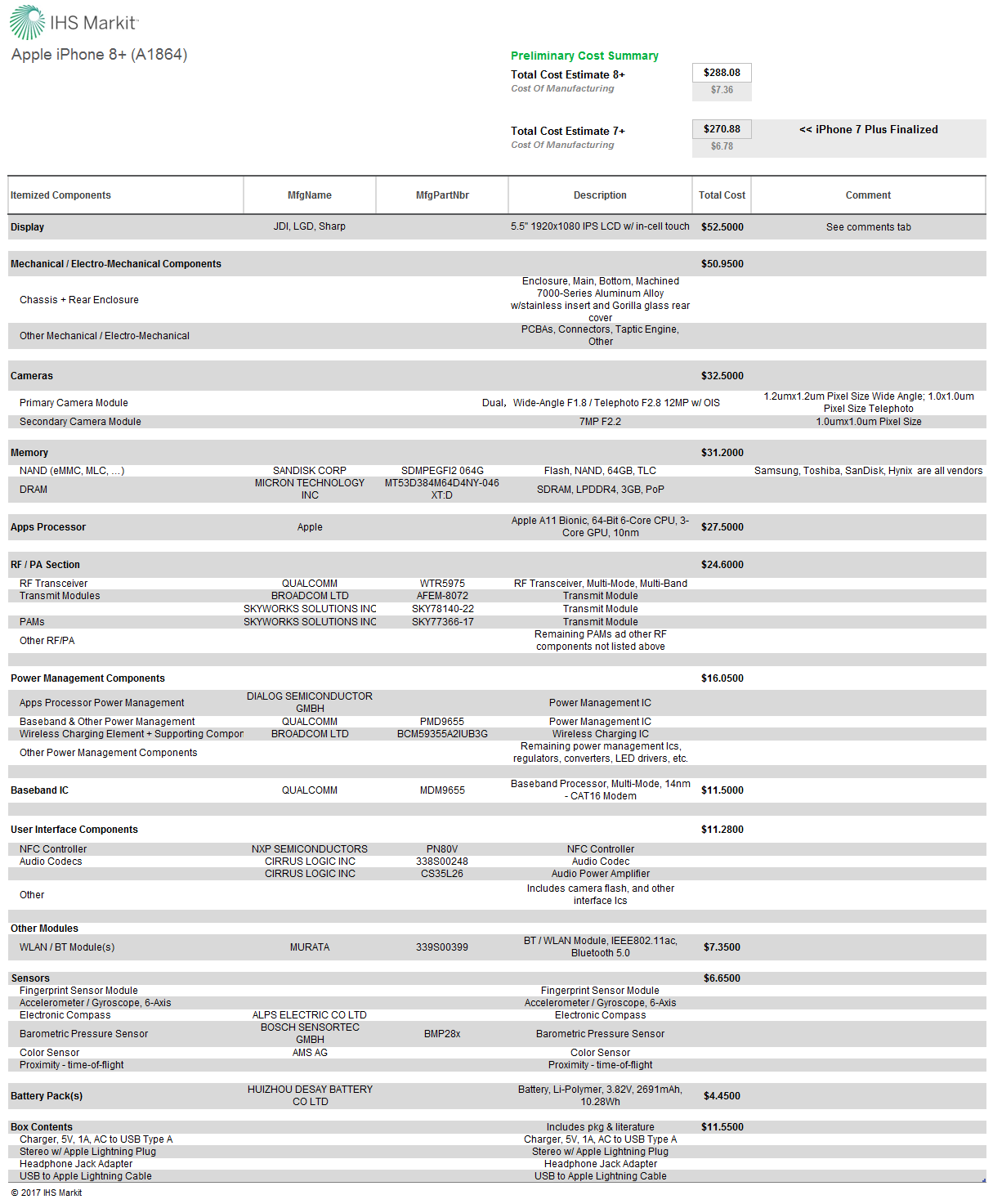 This would be a good time to point out that IHS calculations, while unofficial and imperfect, are based on the British firm’s own teardown inspections. The iPhone 8 Plus disassembly process found that the 5.5-inch Full HD display is likely to cost around $52.50, with cameras valued at a total of $32.50, about $31 worth of memory inside, and the A11 Bionic processor accounting for roughly $27.50 of the handset’s BOM.