It’s an annoying vanity bug that made its way into a triple-A, big-money ad for the iPhone X’s Face ID feature. And it gets edited like this.

Apple just can’t seem to shake off the bugs on iOS 11. And given the fact one recently uncovered bug can reveal the contents of private notifications right from the lock screen without authentication, the new quality assurance regime that iOS 12 development is supposed to bring can’t come soon enough.

In terms of fixing the many bugs that are currently out there in the world right now, there’s at least one that Apple can fix in its marketing.

An advertisement promoting the iPhone X’s Face ID feature that was posted by Apple to YouTube has been edited to remove a visual interface bug that allowed text to overflow from the notification box in which it was supposed to be contained. 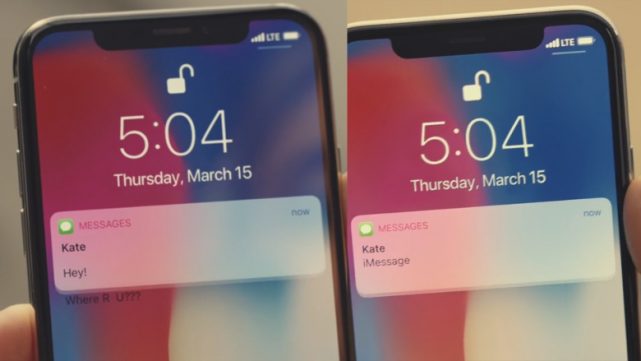 All the while, the video’s metadata has not been changed — the March 16 publication date remains the same and viewership stats have continued to build from whenever the company presumably substituted the video file.

Apple has yet to address this vanity issue with any sort of statement, but at least it knows a bug when it sees one… nearly a week from when it pushes a video live.