This will be the Apple event according to Ming-Chi Kuo

Ming-Chi Kuo issued a research note that gives us a very clear idea of what we can expect for the upcoming Apple devices. This new event will introduce new iPhones, iPad Pro, Apple Watch, and MacBook models and we’re just two days away from it.

This year’s iPhones will retain Lightning connectors and will most likely come with a 5-watt power adapter. The 18W power adapters with a USB-C port would be for the 2018 iPad Pro models. These new iPad Pro models would also include Face ID and leave out the Lightning connector. The new 12” MacBook would be refreshed or replaced for a lower priced model that would also include Touch ID. The 13” would still be the only one with a full Touch Bar. 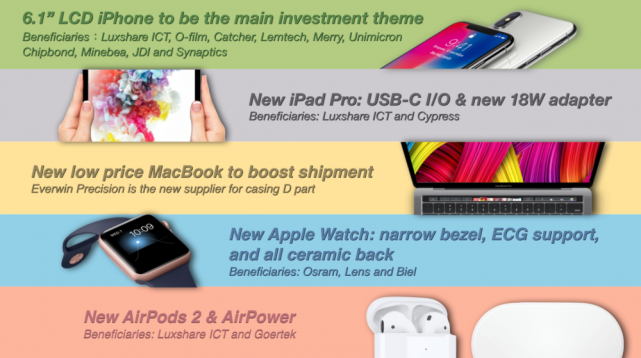 Kuo also expects all the Apple Watch Series 4 devices to ace ceramic read casing instead of aluminum or stainless steel. These new watches would also include electrocardiography functionality. Apple’s AirPower charging mat would also make an appearance this year. The only downside is that the iPhone with an LCD display might be delayed until October due to quality issues.