By now, you might’ve seen the IHS and Slice Intelligence figures. If not, here’s a quick summary: the standard 38mm Apple Watch Sport Band costs $2.05 for Apple to make and it is selling them for $49 each. The disclaimer here is that marketing, shipping and other associated costs aren’t included here. That said, Apple prices nearly all, if not all of its products for profit because otherwise, it wouldn’t be in business. This is beyond smartphones, here.

We’ve seen the Cupertino tech trendsetters make money hand over fist in many ways. Many. The company threatened to start using foot over leg as well, but it was Swift-ly shamed and Apple’s senior vice president Eddy Cue backed off.

So, how long can the most profitable company in the history of the world keep the margins up? Naturally, it isn’t “if they come down” but “when will they come down?” Ironic how Newton shows up again later on. First, we look at how Apple can drive these premiums up. 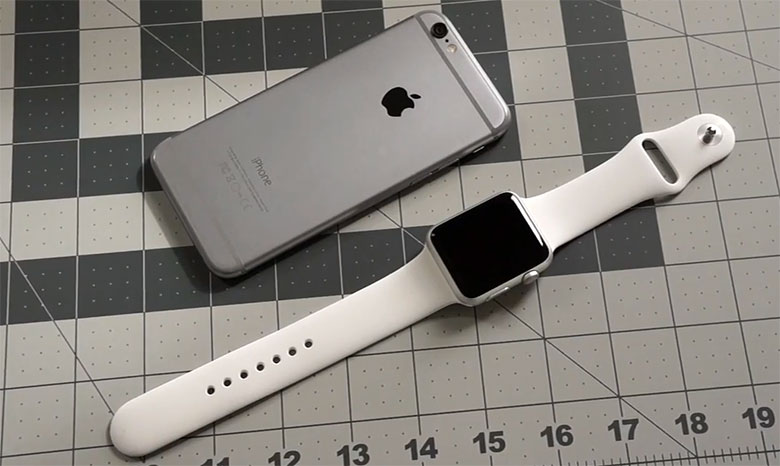 CNNMoney notes that Apple’s profit cycle is one where the company is at its own mercy. It’s reliant on providing a well-built product that has the je ne sais quois of Apple design and the execution of crisp bullet point marketing.

It can rely on variations, iterations and accessories for a period of time. That’s where planned obsolescence comes in, along with extra accessories that are required for the product to work. But people will eventually either look to the “next big thing” — a sickly cliche, but too true — or look elsewhere. 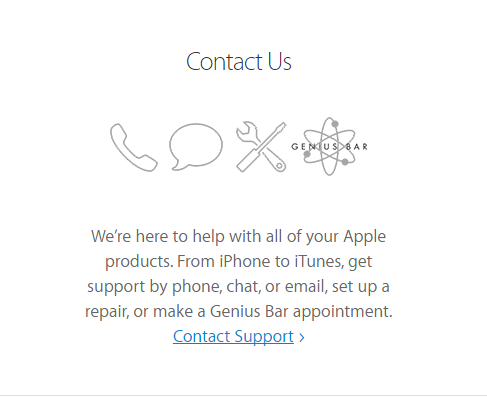 In the modern history of this tech giant, it has been able to pump its moneymaking by rounding out the package around the product: AppleCare*, the Genius Bar, development of an app or accessory ecosystem, etc. In turn, Apple has been able to justify fattening the difference between the bill of materials and the retail price by being able to point to all of this packaging. After all, it takes money to keep the lights on, employees on the payroll and partner companies/developers interested and working. I don’t think it takes THAT much money, but hey, that’s where the $18 billion profit comes from, I guess.

Apple does not do the pointing out of all this value adding, though. It lets its customer base do it for them.

The company ends up setting the profit margin to wherever it sees fit (how the bean counters do so we have yet to find out) and thanks to their price maintenance tactic with resellers, Apple is guaranteed nearly all the money from each and every sale of a new item, no matter who sells it.

In other words, it’s all nothing new. At least, it feels like it. Recall that the iPod came out in 2001. Including that iPod, Cupertino has been in the business of selling several basic products: a dedicated media player (iPod), a connected media player (Apple TV), a connected mobile device (iPad, iPod touch), a phone, a watch, a computer and media (iTunes and soon, Apple Music). Each product has its own life cycle. There’s an initial surge of interest and income before a routinized profit stream and then, when the product reaches maturity, a fall off. Business 101.

How long each lasts, though, is how we answer the ultimate question: can Apple keep this habit up? Do we let the clock tick? Well, if anything, time is on Apple’s side. Apple has a reputation of increasing the functionality of any form factor that’s out there in its own Apple way. Pocketnow’s founder, Brandon Miniman, has been accused of many times being under the impression that an idea in the tech industry isn’t valid unless Apple perfects it (one of the more recent examples coming out of Pocketnow Weekly 125). Indeed, the general media gives reverence to an iPhone release date or large Apple developments, with other players in the same game being given, if anything, a last-second mention. That’s the kind of power the market gives Apple to do as it does, how it wants to, as it needs to. 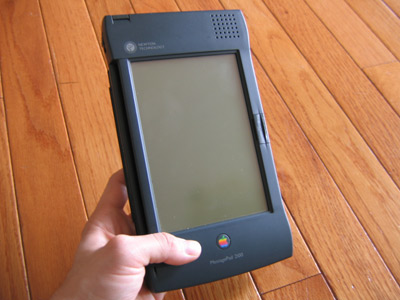 No, what we wait for lies in poor execution. We go back to the Apple Newton platform and the MessagePad series. The MessagePad did more than your average PDA of 1993. It allowed you to write with a stylus. The thing was, Apple, lacking the time it needed, made a poor decision when it came to handwriting recognition. Newton matched input to a 10,000-word dictionary as opposed to a letter legend. The initial MessagePads were also plagued with a memory bug that dragged down recognition accuracy the longer the device was used.

Sales were sluggish to start with and investment into Newton development became overburdening for Apple to carry on without any signs of fruition, so hopes for the platform continued on dim until its demise five years later.

In terms of Apple’s current streak of high profit margins, all it needs to do is screw up a new product. Badly. Once. That’s all it will take. Overpromise and underdeliver is the operative juxtaposition here. If an archstone product can’t capably do what Apple says it can without massive reform and repair, people won’t be happy.

Of course, Apple can make remedial efforts for the product and customer retention ploys as well, but that kind of investment requires trimming the profit line, if only temporarily. The results can be prolonged if the cause of this poor execution of product is systemic and extends to the following iterations of current Apple products. That kind of slide, more often than not, requires a series of bad apples to pop out from under the radar. But it can happen and it has.

The short answer to the overarching question ends up being when people pay for what they aren’t getting. It doesn’t matter how consumers get it, via USB Type-C or Lightning cable or whatever. Just so long as they don’t get it in a timely and neat fashion. And given how polished Apple has gotten in controlling its pitch on how customers get what it will give them, the day Cupertino breaks a promise to the masses is a rarefied day to think of.

Can you think of it? Do you have a different way of seeing things through? How bad might you imagine this decline to be? Or is Apple really on a teflon bubble? Drop your thoughts in the comments.

*The featured answer in the Quora post mentions that sales of AppleCare policies are categorized under deferred revenue in Apple’s Form 10-K or Annual Report. Deferred revenue is considered a liability on the balance sheet until the product’s service has been activated or lapsed. Deferred revenue also includes purchases of Apple gift cards.