4 awesome things you can do with Android Wear right now

Out of the box Android wear can do a lot of amazing things (although, as we mentioned in our review, it’s still somewhat buggy and inconsistent). We’ve all seen the commercials showing you how Android Wear can set a reminder or even hail a cab. While those are certainly noteworthy, there are some even cooler things that your Android-powered wristwatch can do today.

There are a few ways you can add features and functionality to your Android Wear smartwatch, regardless of who makes it. Both methods start with grabbing some apps from the Play Store, and one is super-charged through an amazing online service. Let’s dive right in! 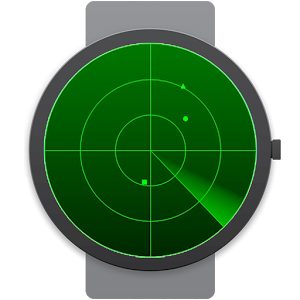 I recently bought some new shirts, polos. Traditionally I wear button-down shirts with a breast pocket, which is where I typically carry my smartphone. These new shirts don’t have any pockets.

Since the change, I can’t tell you how many times I’ve walked away without grabbing my phone. Luckily it’s been in safe places: at home on the charger, at my desk, or in the car. Regardless, I’m worried that one day I’ll leave it someplace and not realize until it’s too late. Sure, I’ve got it set up to be remotely located and wiped, if need be, but prevention, as the saying goes, is the best medicine.

Android Wear Find My Phone is an app built for your watch that has basically two functions. First, whenever your watch strays too far from your phone (or vice versa), an alert is displayed on your wrist asking if you might have left your phone behind. The alert is subtle, but it works extremely well!

Once you’ve learned that your phone isn’t in your pocket, the app lets you sound an alarm on your phone. While this isn’t going to help you find a phone that’s across town, it sure comes in handy when the couch may have swallowed it.

Someone’s in your house!

I’ve been a fan of IFTTT (If This Then That) for a long time. I even purchased the Pushover app so I could get notifications from the service pushed to my Pebble smartwatch. Now that IFTTT has an Android app, Pushover isn’t necessary.

For those of you unfamiliar with the service, IFTTT lets you set up rules where one condition triggers an action. You can customize the triggers and the actions based on an ever-expanding list of “channels”.

Some of the latest channels to be added are geared toward products by Nest. Nest’s learning thermostat has a feature called  “away mode”. The theory is that when you aren’t at home, your HVAC system shouldn’t be spending time heating or cooling your living space. Sensors inside the Nest detect when you’re not home and can automatically set your thermostat to “away”.

What happens when you’re at work, the house is empty, and your Nest detects that your home is no longer unoccupied? Thanks to IFTTT, you can set an alert that will send a notification right to your watch indicating that someone might be in your house. While this shouldn’t replace a quality security system, it’s a good way to know when your roommate has arrived early.

Okay, maybe it’s not quite as cool as barking out commands to the computer on the U.S.S. Enterprise when you arrive in your quarters after a long day scrubbing intake manifolds, but tapping on your smartwatch to turn your lights on or off is probably a close second.

Again, this uses an IFTTT trigger, this time talking to the Philips Hue channel. Of course that means you have to have the “not-inexpensive” Hue bulbs installed and hooked up to your WiFi network, but that’s a small price to pay for being able to have all that convenience sitting right there on your wrist, isn’t it?

Dude, your house is on fire!

One of my recurring nightmares is my house catching fire, then sleeping through the smoke alarm. If you’ve got a Nest Alert smoke and carbon monoxide detector, your watch might be able to wake you up so you can get yourself (and your loved ones) to safety.

This one has a lot of potential points of failure: your Nest has to detect the smoke, it must be connected to your WiFi network, the Internet must be up, your phone must be charged and turned on, your Android Wear must be charged and connected to your phone via Bluetooth, and it must be on your wrist (which it probably isn’t because it’s the middle of the night). All those notwithstanding, the concept is pretty awesome, right?

There are four awesome things that you can do with your Android Wear — providing you have the requisite hardware to do so.

Now it’s your turn! What are some of the awesome things you can with with Android Wear right now? Head down to the comments and let us know your favorite or most useful tips!