How Android can really do split-screen multitasking right

Android tablets are so much more than just big phones – without the phone. So why hasn’t Google implemented split-screen multitasking?
Published 24 December 2015, 12:56 EST

Some of you are too young to remember the early days of computing. Back in the 1980’s most of us ran MS-DOS. In this environment your user interface was a black screen with a flashing white cursor (or some other color combination). From there you’d type a command to launch whatever program you wanted to run. That program might have been a word processor, a spreadsheet, an encyclopedia, a game, or some other “app”. Not only could you only run one program at a time, you had to exit out of it if you wanted to switch to another one. Yeah, try writing a research paper that way. #TheStruggleIsReal 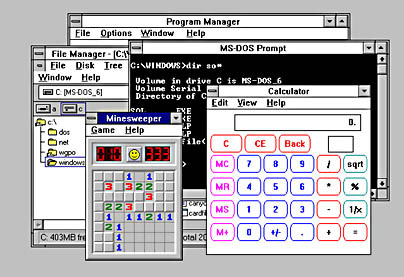 Thankfully, before too long, Microsoft released Windows (copying Apple who copied Xerox) which let you run more than one program at once – multi-tasking, yay! Well, back then it was more like “time-slicing”, but it accomplished much the same thing, which we take for granted today. What’s more, you could even run those programs in “windows” which could be moved around on the screen, copying and pasting between windows, and so much more. It was a big innovation, and Microsoft brought it to the mainstream (even though the basic concept was a copy of a copy).

Today, most of us don’t bat an eye when we swap between apps – with one glaring exception: mobile devices.

In the beginning, phones had really small screens and fairly limited processors. Doing anything other than making phone calls and sending texts was a novelty more than a necessity. As time progressed, screens got bigger and processors got more powerful. Eventually the operating systems powering our phones were ported over to tablets. Tablet’s had much bigger screens, but because they were powered by operating systems designed for phones, they didn’t take advantage of their bigger screens.

Apps eventually evolved to look and work better on tablets, but you still couldn’t run two apps side-by-side. Apple took the leap and started letting users “split-screen”, running two portrait apps side by side on a tablet in landscape mode. Google hasn’t been as quick to enable split-view in Android – resulting in several OEMs bringing their own flavor of split-screening, or picture-in-picture multi-tasking to their devices. It’s not perfect, but it’s better than nothing – if you’re on a device that supports it. 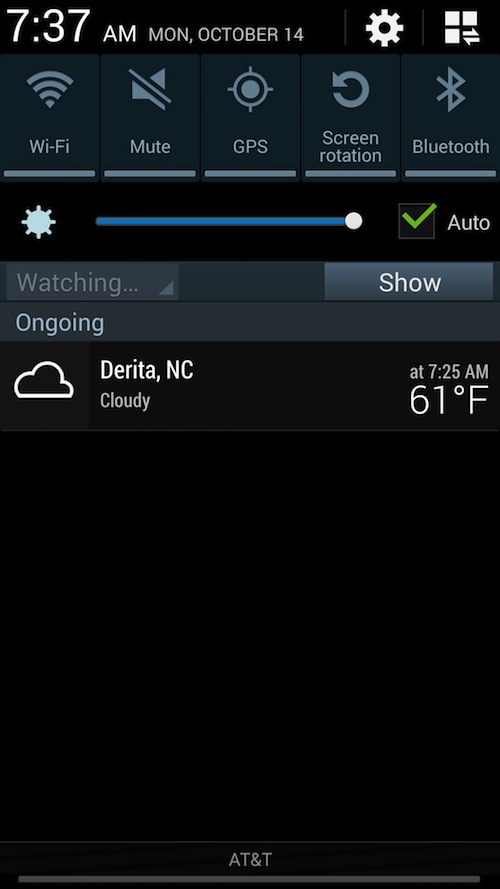 Stock Android still isn’t there. Despite the impressive Pixel C tablet, complete with its keyboard accessory, it’s still just a “big phone” – without the phone. Android Marshmallow has some bits tucked inside that indicate Google is working on split-screen multitasking, but it isn’t ready for primetime just yet – not even on the Pixel C.

On my daily commute I use Audible to read books and Waze to navigate the roads. Both have Notification Shade persistence. I can play and pause my book without leaving Waze at all. It’s not true split-screening, but I don’t have to leave one app to do something in another app – and my book keeps on playing in the background without missing a beat.

Waze and Audible aren’t the only two apps which do this. Most media players have some sort of Notification Shade functionality, but this isn’t true split-screening.

The YouTube app, on the other hand, gives us a glimpse at what split-screening could be. With a simple gesture the video “window” can be reduced to a thumbnail playing at the bottom of the screen. Sure, it’s still playing the video “inside” the YouTube app, but picture that little video playing in a floating window in the corner of the screen while you write an article, surf the web, or even play a game. Imagine if you could tap-and-hold it to resize it and position it wherever you wanted it to be on the screen. Imagine if you could “snap” it to the edge of your screen like Microsoft Windows lets you do.

Now imagine that it’s any app – not just a little YouTube window. Yes, it could be that easy.

Of course there are a lot of other considerations to take into account and technical limitations to address, but the concept is there – and I think Google is just trying to warm us up to the idea with its YouTube app. Maybe it’s just me, but I like the way the YouTube app works with its “itty bitty screen” – and we desperately need some kind of officially supported, split-screen multitasking in Android.

What are your thoughts? How do you think Google should implement split-view multitasking in Android? Head down to the comments and let us know!