As of press time, Google seems to be a little stop-and-go on launching the beta program for Android Q, but the webpages have been updated.
Published 13 March 2019, 16:08 EDT

Google’s roll-out of the Android Q beta program is off to a rough start. Shortly after launch, the “New Features & APIs” section page has not been loaded onto the server while some users who were looking to enroll their device for testing have come onto a page saying that the Android Pie beta is (still) over.

But we do currently know that all Pixel phones from the Pixel and Pixel XL onward will be able to run the beta, fed either through an over-the-air update or manual flashing. Developers can also run an Android Emulator. No word yet on devices from third-party OEMs.

Some of the end user changes that have been discussed include warnings when a user is about to install an app from the Google Play Store that has been targeted for versions older than Android 6.0 Marshmallow. They will also be able to toggle app permissions before they run it for the first time. Apps can also utilize a greyscale display mode.

Privacy-wise, background apps face new restrictions if they would like to launch activities without the user’s permission. Apps will also see limitations on where they can store data in external storage. Sensitive hardware information such as IMEI, serial number, MAC and other items will be harder to access.

On the wider end, we’ve now got dedicated API resources for camera systems with depth data capture systems that can be stored in a separate file in a new Dynamic Depth Format (DDF). Apps will be able to request the device to pull both original JPGs and the accompanying DDFs. 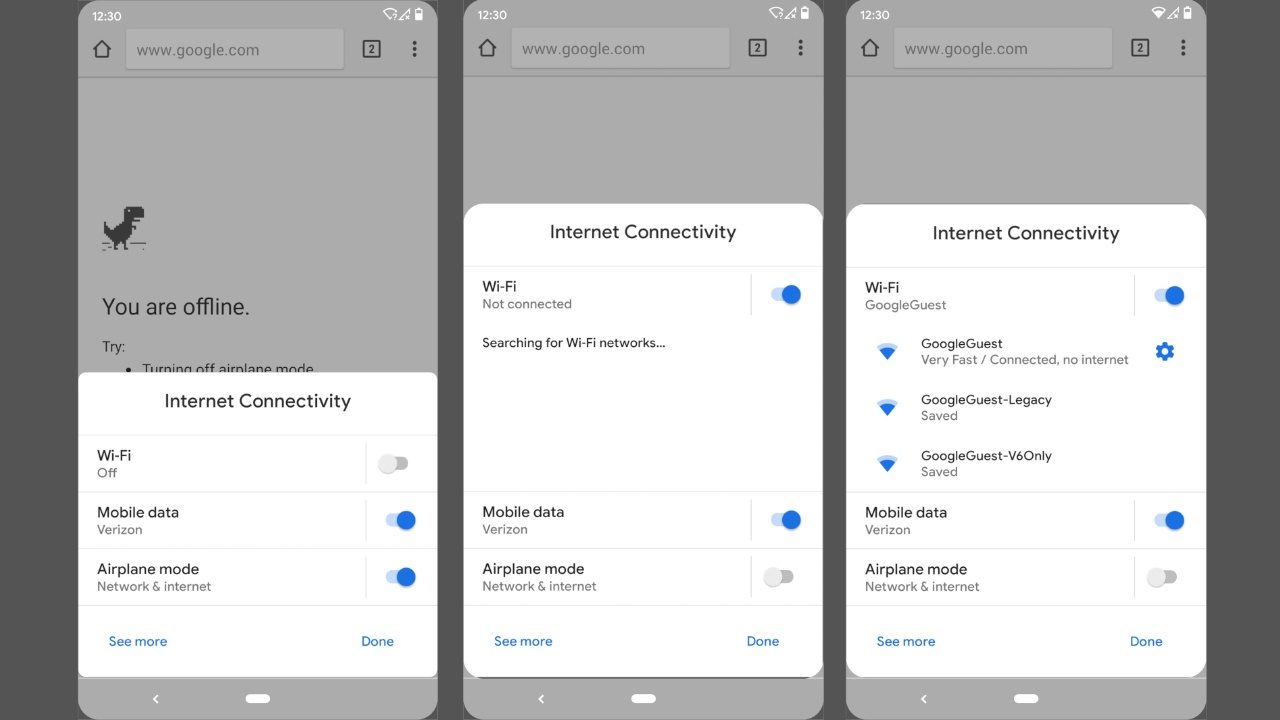 Settings Panels will be able to appear with options related to the context of the app open. The above example is related to internet connectivity and the Chrome web browser.

You’ll note the OS now adapting to rounded corners in their display form factors — a keen follow-up to Android PieQ’s introduction of a notch cut-out.

As to features and interfaces you’ll be using on a daily basis? We’ll have to get back to you once we’re able to play around with the images a bit. Check out our recent reports on Android Q and keep a tab open with our partners at XDA-Developers for discoveries as they find them.

Check out the best deals and ways to get your hands on a new Google Pixel 6 or a new Pixel 6 Pro on America’s major carriers
YouTube 1.8M
Facebook 570K
Twitter 197K
Instagram 133K
RSS