Earlier today, the Pocketnow crew was talking about some of our theories for Android N – and specifically, what tasty treat might end up lending its name to the upcoming release. That all seemed wildly speculative and forward-looking; after all, we’re still in the early days of March, and Google I/O is another two months away. Historically, Google’s used I/O as an opportunity to introduce the developer preview of its next Android build, so we thought it would still be some time before we had the chance to start experimenting with it. Well, surprise, surprise, because Google’s not waiting until I/O this year, and today it makes available the first Android N preview release for Nexus devices.

Why so early? Google’s calling this a “work in progress” build, and it intends to use this early start to get even more feedback on all the Android N changes. And there are plenty of changes present, starting with one of the most awaited features: split-screen support. 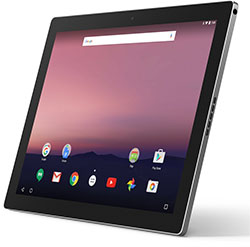 Android N multi-window mode allows two apps to populate the screen side-by-side (or one on top of another). And while it doesn’t sound like there’s a full-fledged windowed mode, Google does mention “picture-in-picture” support that can allow things like video clips to float above other apps.

That’s just getting started, and we’re also getting notification changes with support for direct replies and bundling of multiple notifications from a single app. You can also expect improvements with power consumption and memory management, and devs can look forward to support for Java 8 language features.

The new Android N SDK is out now, as are system images to let you get started testing on a Nexus 6, Nexus 5X, Nexus 6P, Nexus Player, Nexus 9, or Pixel C (there’s also a $150 dev discount on the Pixel C to encourage more developers to pick one up). And if flashing full ROM images isn’t your thing, Google’s launching an Android Beta Program later today that will install preview releases OTA.

Finally, it sounds like this early release won’t be constrained to the dev preview, and Google indicates that a final release of Android N is due sometime this summer. Whether that means July or September, we can’t say, but we won’t be waiting quite as long as we did last year.

Check back with Pocketnow later today for hands-on coverage of some of these new Android N features.

Update: We’ll be covering these more in-depth as we install the preview for ourselves and deliver that promised hands-on coverage, but Google’s Android N preview release notes also tell us about new features like an API to add new Quick Settings tiles, a data-saving mode, improved Android TV recording capabilities, and a speedier boot mode for encrypted devices.

Maybe some of the most interesting new features will help us deal with nuisance calls, including a call screening mode and the ability to directly block numbers.

Update 2: Here are the system images, if you’re itching to get started with Android N.