Microsoft Office may be out for iPad, but it’s still not compatible with the Nexus 7

Microsoft just released Office for iPad, but where is the Android Microsoft Office for the Nexus 7 and other Android-powered tablets?
Published 04 April 2014, 07:19 EDT

Last week we announced that Microsoft was officially releasing Office for Apple’s iPad and shortly thereafter went hands-on to show you what to expect if you’re an iOS user.

Being an Android guy, I immediately headed to the Play Store so I could download the Android version on my 2013 Nexus 7. The link said that my device wasn’t compatible with the app.

What? Not compatible? How can that be? I’ve got Google’s latest tablet running the latest version of the Android operating system! How can Microsoft Office not be compatible?! 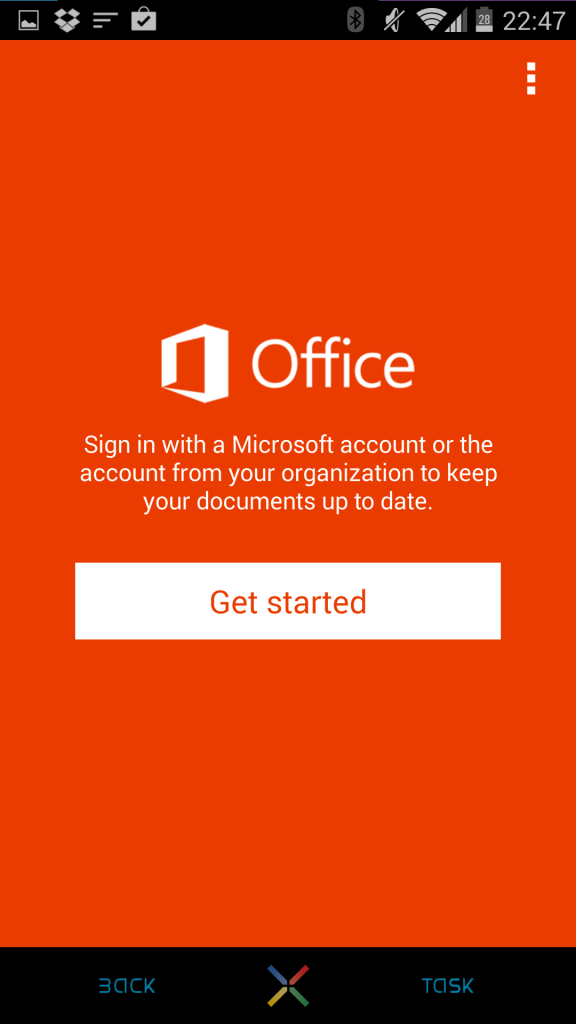 I pulled out my Nexus 5 and checked the same link. Sure enough, Office Mobile was available.

Unlike Office for iPad, Office Mobile for Android includes all three Office apps in one — sort of. It’s more like one app that lets you open and edit Word, Excel, and PowerPoint documents within it. It’s somewhat short on features, but perhaps that’s to be expected when manipulating documents on a smartphone.

From a technological standpoint, Office Mobile ties in very closely with Android. Since it syncs with your online OneDrive it needs a place to hold its credentials. It does so using Android’s Accounts settings, just like Google, Dropbox, Waze, and others do. That’s great, and means that other Microsoft apps (OneNote, Skype, etc.) can reference those credentials, rather than having you input them into each app separately.

Google just introduced native printing support with Android 4.4 KitKat. As much as I hate “killing trees”, there are sometimes things that you just need to put on paper. I’ve used my printer more since KitKat was released (and lets me print important documents from my smartphone or tablet) than I have from my desktop or laptop in the same time period. Ironically, Microsoft doesn’t seem to tie into that functionality. If you want to print your Microsoft documents, you’ll have to do so through another (non-Microsoft) office app.

Office for iPad looks right at home and Apple’s tablet. It’s not exactly the Office that you’re used to on your desktop computer, but it’s pretty close, and you’ll be able to just pick it up and start using it. The learning curve is fairly small. Why then is Android a second-class citizen? 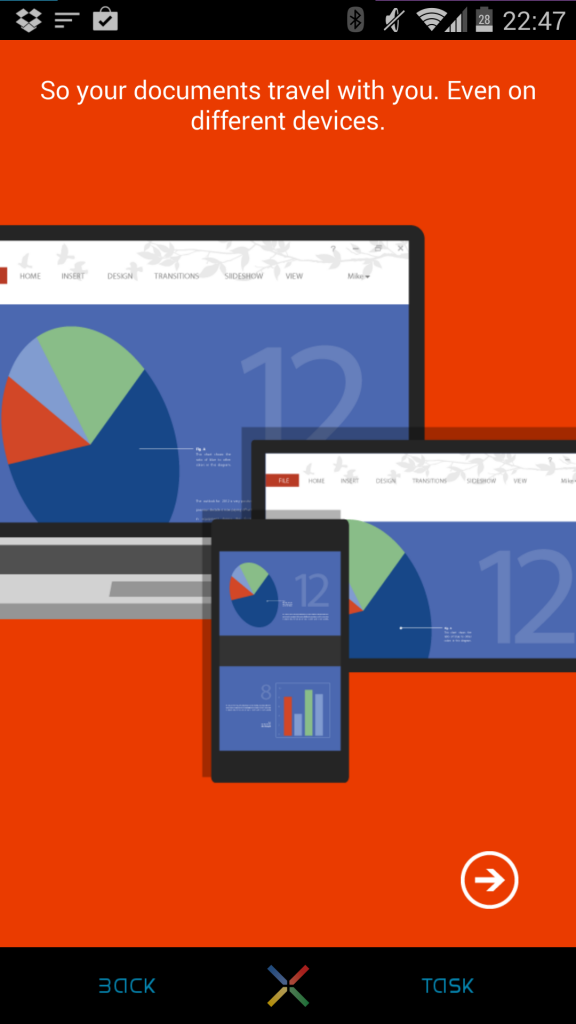 Microsoft hasn’t said much on the topic, but we suspect its working on an Android version of the three separate office apps. These new apps, once released, will likely look and feel almost exactly like the iPad versions. It’s just a matter of time before we will see them on Android.

Hopefully, Microsoft will take the opportunity to more closely couple with Android’s built-in features. These days we expect to be able to print from our word processors and spreadsheets. Furthermore, since Google makes ChromeCast, which turns your TV or monitor into a giant remote screen, we’d be surprised if Microsoft didn’t take advantage of that functionality and enable you to cast your PowerPoint presentations right from the app to your big screen.

There are some in the industry who think that Microsoft is simply “striking back” at Google for the way the two have interacted regarding the YouTube app for Windows Phone.

To paraphrase what Microsoft’s vice president and deputy general counsel, David Howard, said back then and apply it to this situation, it seems that Microsoft is holding back a tablet-friendly version of their Office suite for Android so that users cannot get the same experience as that which iPhone users are getting.

Although I wouldn’t blame Microsoft for doing so, it finds itself in a unique situation where its market-share in the OS arena is falling quickly. Microsoft must not slip in the software arena, or the future of the company could be put at risk — or forced into the realm of servers and enterprise software.

In either case, we eagerly await the arrival of Microsoft Office for Android. We just wish Microsoft would offer it for sale rather than as a yearly subscription.

Any casual app user can get plenty done with the P40 Pro. We’re taking another look at this phone, one month later, for our HUAWEI P40 Pro review rebuttal.