What Android laptops need to succeed

There are some really great Android-powered smartphones and tablets on the market today, but what about laptops? What do Android laptops need to succeed?
Published 24 October 2013, 07:23 EDT

Smartphones are great and useful tools, but until you get a bigger screen on them, they’re never going to replace your laptop computer. Tablets are gaining in popularity and in functionality. They’re doing so well, in fact, that many smartphone makers are pushing the limits of what can be called a “phone” by making screens bigger — much bigger. At Pocketnow we call them “phablets”. When we started we were sort of making fun of the huge-screened phones, but despite our mocking, the phrase suck — and we learned that, when done right, phablets can be pretty awesome.

But tablets and phablets still aren’t laptops. If anything, they’re still just glorified smartphones — without the phone. Laptops are a different beast entirely. Generally speaking, they’re expected to run desktop applications, and be able to last at least half-a-day on battery power alone. 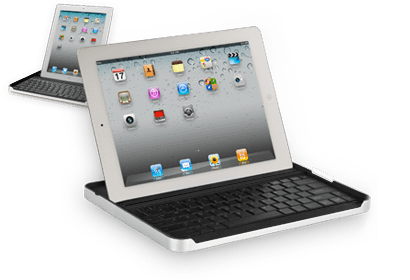 I spend a lot of my time working with an IT department for a fairly large corporation. We have a pool of laptops that employees can check out and take with them on business trips or when they are away from their desktop computers. Recently, that pool has been getting smaller, not because employees are going on fewer business trips, but because many of them have iPads with Bluetooth keyboards.

Most of the time, the information any given employee needs is readily available on their iPad, and when it’s not they can quickly and easily connect to their work computer over RDP using an app like Jump or even Microsoft’s official Remote Desktop app.

That last scenario, remoting in to a desktop computer, doesn’t count. Sure, it comes in handy, and you’ll find me remoted into at least three computers at a time when I’m administering servers or writing code. I’m not discounting the freedom and flexibility of doing so. That, however, isn’t what a tablet or laptop should be used for — not exclusively anyway. It’s not a “dumb terminal” into your work computer.

A laptop needs to stand alone 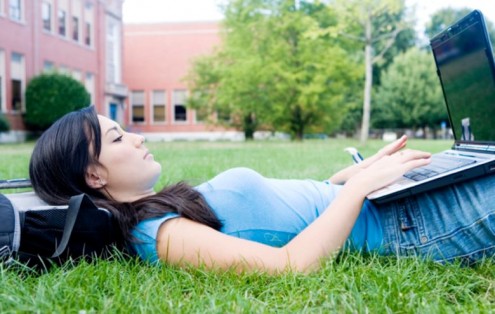 The true power of a laptop comes from its ability to do everything that you need it to anywhere you want to.

It can run full applications. It can multitask. You can have multiple windows open and quickly switch between them.

A laptop is a true replacement for your desktop computer that you can take with you to get serious work done wherever you are whenever you want to.

Today’s tablets don’t do that. Not yet anyway.

There are some very good smartphones and tablets on the market that are powered by Google’s Android operating system. When it comes to laptops, however, Google says Chromebook is the future.

In case you don’t know, Chromebooks run Google’s Chrome OS, and essentially give users a laptop that runs web apps written for Google’s Chrome browser — though any web app should work fine.

At first glance you might think that Chromebook is simply a web browser with a keyboard. On the surface you’re not far off, however, that picture implies that you must be connected to the Internet to be able to use it. That’s not the case. HTML5 allows developers to write apps that can be run in off-line mode. The Chrome browser takes that even further. Suffice it to say, although you’ll be able to do a lot more with it if you’re connected to the ‘net, the Chromebook doesn’t require you to be online to get stuff done.

That’s where Google thinks laptops are headed. I’m not so certain. Neither are Lenovo, HP, Dell, Samsung, and others.

If you haven’t heard about the Lenovo A10, Dell Venue 7 and Venue 8, Samsung ATIV Q, and HP SlateBook X2, you probably don’t know much about Android-powered laptops. All of these are unique in their own ways, but they’re all decidedly laptops, not tablets. And that’s a problem.

Remember back when Apple introduced the first iPad. Android OEMs went into full panic-mode and started modifying the Android OS to make it work on tablet-sized devices. It was a mess. Android Gingerbread running on a tablet was terrible. Google scrambled to put together something that would address the need for a tablet-first operating system. The result was Android 3.x Honeycomb. 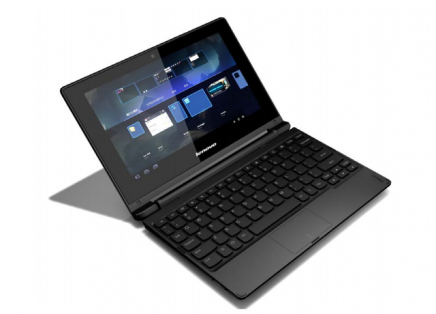 The Motorola XOOM was a decent tablet in its day, and we still use one here in the Levi house, and it does just fine — but it doesn’t run Honeycomb any more, thank goodness! Honeycomb was an even bigger mess! It was rushed out, not completely thought through, and didn’t have any apps that were designed for it. Well, not many anyway.

Luckily Google was able to unify the separate smartphone and tablet versions of Android with Ice Cream Sandwich, which runs beautifully on formerly Honeycomb-powered tablets.

Now we find ourselves in the same situation: OEMs want to release laptops that run Android, but Android is simply not designed for laptops. Sure, they work great as tablets with a keyboard — because that’s exactly what they are.

The path to success

To succeed as true laptops, OEMs need Google to come up with a laptop-friendly version of Android — Android 5.0 Licorice, perhaps?  That’s going to be a hard sell since Google already has a laptop OS and platform: the aforementioned Chromebook.

That aside, here are a few core features that any Android-powered laptop needs to succeed.

Bring back the Honeycomb UI — well, some of it 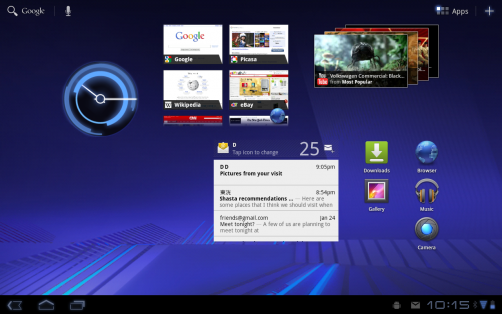 Don’t throw me to the wolves! Hear me out first.

Saying we should bring back the Honeycomb UI is a pretty ambiguous statement. What I’m specifically referring to is the streamlined homescreen that Honeycomb implemented over the “smartphone” UI that today’s Android-powered tablets use.

This UI placed common information in the footer bar at the bottom of the window, including buttons to go home, back, or bring up the task switcher. On the other side were the time, alerts, and system information. This arrangement made good use of the screen’s real estate without covering up too many pixels.

However, the omnipresent Google Search, microphone, Apps, and + icons on the top have to go. Either put them in the footer or add them as a widget, but having two bars of otherwise unusable pixels simply isn’t acceptable.

Multi-screen is a must 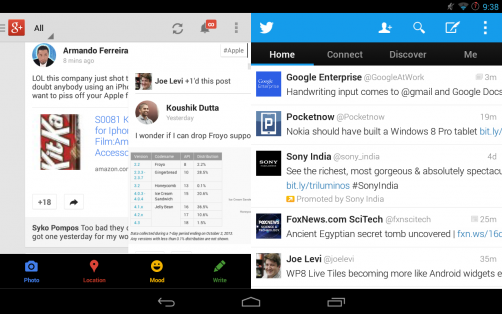 Pocketnow reader Alaap S. sent me an image of what two apps running side by side looks like on his Nexus 7 powered by the Omni ROM.

Real laptops let their operators run multiple applications at the same time. Whether side-by-side, tiled, or stacked on top of each other.

Currently, on my Windows 7 desktop computer, I have a web browser with 20-tabs, Microsoft Excel, my image editing program, Calculator, and another couple apps open while I’m writing this article. That’s not unusual for me. I can easily switch between the apps, and can reference information from any app in any other app. I can do all of that on my laptop as well.

An Android-powered laptop has to be able to at least run two apps side-by-side, and let the operator easily switch between them. Android can’t easily do this today. It’s capable of doing so, as Omni ROM and some others have clearly shown, we just need Google to step up and make it a standard feature of Android. Luckily, if the recent YouTube changes we’re seeing are any indication, that’s the direction Google is headed. 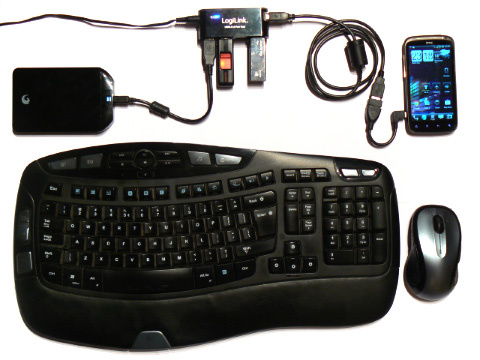 I’ve got to be able to plug a keyboard, mouse, external hard drive, flash drive, or even a DVD-ROM/Bluray player into my laptop.

Ideally I’d be able to plug all of those in at the same time. Without USB support, my laptop isn’t very useful. An Android-powered laptop is no different.

That’s it, what did I miss?

Honestly, that’s all I can think of: USB support, multi-screen, and a laptop-friendly user interface. It’s not a long list, but each must be done well, or the entire solution is simply incomplete.

I’m not the only laptop jockey out there, so here’s where I’m turning it over to you. Head down to the comments and let me know what Google and OEMs need to do to make Android laptops succeed.

Wondering what the Samsung Galaxy S21 Ultra brings to the table in terms of internal hardware? Here’s a quick breakdown of its specs.

Confused between the Galaxy S21 and Galaxy S21+? Here’s a breakdown of their specs to assess how they differ from each other.

Honor V40 will be powered by the Mediatek Dimensity 1000+ SoC.