So much for Key Lime Pie! Take a look at the latest sculpture to join Google’s garden, revealing Android Kit Kat.

Some rumors in the smartphone industry have a way of blurring the lines between confirmation and speculation; look at those rumors of Apple’s September 10 event, insistent to the point that we started taking their accuracy for granted, and sure enough, now look to be right on the money. Then again, we have cases where these same long-standing, widely accepted rumors end up completely missing the mark; that’s where we are now, as we learn that Google has erected a new Android lawn sculpture, apparently confirming the next Android release as not the rumored Key Lime Pie, but Kit Kat, instead

While the idea of Android Kit Kat has come up before (we were tossing around the idea in the fall of last year), it’s a big break from tradition in seeing Google name an Android release after a specific brand, rather than a more descriptive term for a dessert in general. Nonetheless, this move looks very official, with the real Kit Kat logo embossed on Google’s statue, so it’s clear Google must have the blessings of Nestlé and Hershey.

So much for all the KLP teases we’ve seen come from Google employees over the past several months, including a number of references at Google I/O. Presumably, Kit Kat would arrive as Android 5.0, though that’s hardly a given. Whatever version number it takes, we’re now all the more looking forward to its release.

Update: Google already has a lot of Kit Kat content up on its Android site, including the confirmation that this will be Android 4.4, and not 5.0, and news of a promotional offer tied to sales of the actual candy bar. 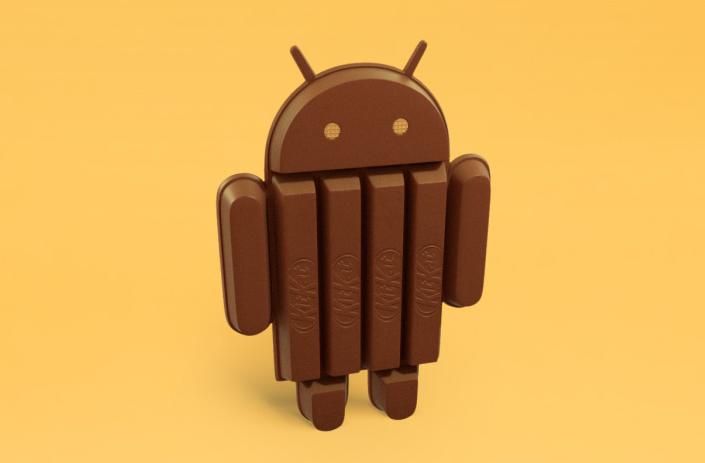