Why Leaving Android for Another Platform is Harder Than Ever Before

Google’s Android platform has fierce competition in the iPhone 5 and Windows Phone 8. Despite this, it’s harder than ever to leave Google’s OS. Read on to see why.

I’m in a bit of a quandary, readers.

Frequent visitors to Pocketnow, especially listeners of the Pocketnow Weekly podcast, will recall well my longstanding affinity for this latter device, Nokia’s PureView-packing, pure polycarbonate Windows Phone. I wrote a whole article, in fact, about why I’m buying the Lumia 920 instead of the iPhone 5, which is why it’s hilarious whenever a commenter accuses me of being on Apple’s payroll. But I digress.

I stand behind my intentions -I fully plan on buying a Lumia 920 and using it as my daily driver at some point- but there’s a problem. The problem isn’t just AT&T’s exclusivity period on the Lumia 920, which is a real pain if you happen to be a Verizon Wireless customer; the problem is that my daily driver is, and for almost the entirety of the last year has been, an Android phone. And Google has made the notion of abandoning Android incredibly unappealing.

I want to be clear I’m not talking about ecosystem lock-in here; as I’ve mentioned before, unless you’re an app-store binge buyer, that’s a somewhat overblown concern. Microsoft has also made significant progress toward closing the app gap between the Windows Phone and Android marketplaces, but that’s also beside the point. I’m not just apprehensive about leaving Android for Windows Phone (a future article will specifically address this); I’m worried about leaving Android at all.

Part of the big value add of an Android phone is tight integration with Google’s services. Normally when a manufacturer touts that overused “tight integration” phrase, it’s because the company doesn’t have enough other, legitimate features to point to — but in Google’s case, the tie-ins are compelling. One of Android’s core advantages is its ability to offer a best-of-the-best experience in Gmail, Google Voice, Calendar, Contacts, Drive, and -prominently- YouTube and Maps. If you’re like me and you’ve been using Gmail since 2006 or before, Google has had plenty of time to work its way into countless corners of your internet existence. Putting aside the unsettling aspects of that reality, it’s very helpful to own a mobile device that allows you efficient, native access to all of those corners– without the middleman introduced by third-party apps.

The cloud-based services that make up Android’s back end are also hugely helpful if you’re someone who changes smartphones on a semi-regular basis. Being able to transfer your mobile identity -apps, accounts, and all- from one device to another by entering a single login is immensely useful, and contributes to a sense of “coming home” to a new smartphone. 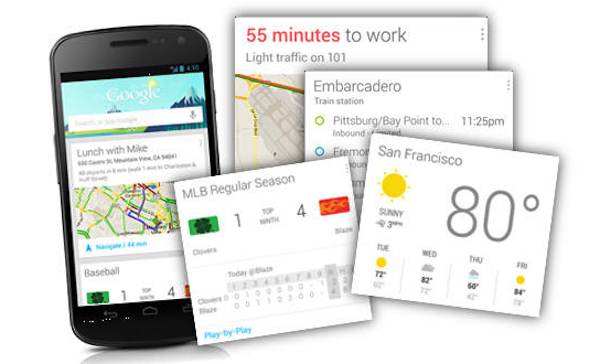 In many ways, though, it’s not what Google currently offers that makes the jump frightening; it’s what the company plans to do with Android in the future.

This future planning is perhaps best represented by a feature no one’s really talking about: Google Now. Non-Android users may not be familiar with the service, which debuted on Android 4.1 Jelly Bean a few months back, so here’s a quick primer. It’s a predictive search feature that, in Google’s words:

… tells you today’s weather before you start your day, how much traffic to expect before you leave for work, when the next train will arrive as you’re standing on the platform, or your favorite team’s score while they’re playing. And the best part? All of this happens automatically. Cards appear throughout the day at the moment you need them.

Google Now hasn’t been in the news a lot, because thus far it hasn’t been terribly useful to most people. Its current implementation feels very “beta.” Every day, it provides me with information about traffic on my route home … even though I work from home, and am usually already sitting in my apartment when the alert comes in. Often, it gives me information about operating hours for a destination I just visited the day before, like the Samuel Adams brewery, but which I won’t return to again for several months. While I appreciate the implied permission to daily indulge my thirst for Oktoberfest beer, it’s not currently a terribly useful feature.

That’s being slightly unfair to Google Now -my schedule is tough to manage even for humans- but more important are the improvements being made to the service in Android 4.2. The new version incorporates hooks within Gmail and other personal accounts to remind you about things like concerts you’ve bought tickets to, sports events you might want to know the scores of, and subway schedules when you’re standing on the platform (assuming your local wireless carrier offers subterranean service). For Google, the future of search is providing the information you need before you ask for it.

Some might find that a bit creepy, and truth be told, maybe it is. But I also think it’s one of the coolest glimpses of the future I’ve seen, and it makes every other search solution look like it’s playing catch up. If the improvements in Android 4.2 prove reliable, Google Now has a solid chance of avoiding the fate of Mountain View’s other “hobby” products like Wave and Buzz. It seems destined to cement Google’s search dominance in the mobile space. That’s a tough thing to leave behind, whether it’s for a sandboxed Google app on iOS or embedded Bing in Windows Phone. 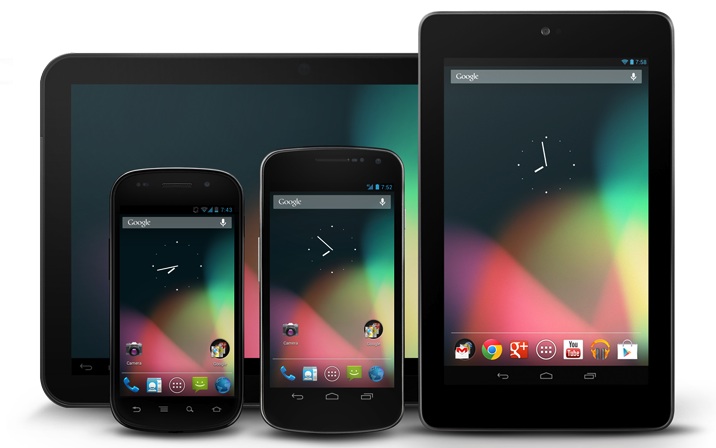 From services integration to current features to its investment in cutting-edge future technology, Android is a very capable platform that’s long since outgrown its ugly-duckling phase. It’s a mature, tightly-woven collection of useful features and services providing value that, if you’re a Google user, is very hard for other platforms to match. The company has gone beyond simply offering a “me-too” analog to competitors’ platforms, beyond outdoing them on presently-available assets. With Android, Google is pushing aggressively into the future of mobile. And it’s the spectre of giving up that future, more than anything else, which gives me cold feet when I think about taking the leap. That’s a victory for Google’s retention efforts, and it’s something other companies should keep in mind as they try to woo devotees of other platforms.