Android 7.0 Nougat rollout for Moto Z Play may have started early in Europe

The relatively affordable modular Moto Z Play is still waiting for OTA Nougat goodies stateside, with the update however already underway in Europe.

After depriving unlocked US Moto Z owners of their sweet Nougat software treats for a little too long, without so much as a heads-up, parent company Lenovo finally cleared the air last week, promising a nationwide OTA expansion next month.

While it was also suggested the lower-end but still more than respectable Moto Z Play would jump on the Android 7.0 bandwagon sometime in March, it appears that particular rollout is already underway.

Before breaking out into a song and dance routine, let us highlight elated reports of precocious updates remain scarce, and they exclusively hail from the old continent. Namely, Portugal and Spain, at least for the time being, with additional European countries likely to follow soon enough. 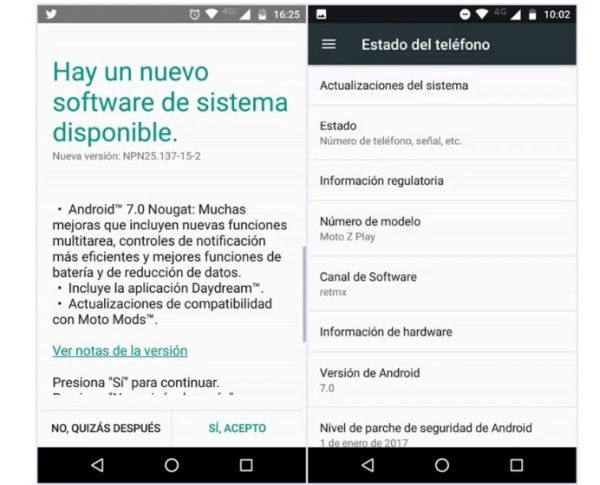 Unless this is just a limited soak test preceding the actual wide-scale launch of a goodie pack tipping the scales at over 1GB, with a whole slew of critical enhancements to multitasking, battery life, notifications and so on, as well as January security patches, and perhaps most importantly, Daydream VR compatibility.

For their part, US Moto Z Play users definitely need to stay patient, merely getting the opportunity to sample a build N preview as members of the Motorola Feedback Network. But at least there’s some semblance of progress.