Android 5.1.1 first popped up at the beginning of the month, with factory images being available as of April 21 for download for the Nexus Player (strangely, not a Nexus phone nor tablet). While there’s no official list of fixes, the build is expected to fix some memory leak issues, among others. A Samsung Galaxy S6 Edge update seems to bring this Android 5.1.1 build to the T-Mobile variant of the device, as seen in the video below (more after the video and image embed).

The model of the device is SM-G925T, and, as the picture below seems to testify, it is indeed running Android 5.1.1, with a build number for the software at LMY47V.G925TUVU1COE6, as of apparently April 28. The video and images were posted by an XDA-Developers users and early feedback seems to claim that rooting is not possible while running this build. We have not received the update yet on our own T-Mobile Galaxy S6 Edge. You can, of course, read more at the fast-growing thread over at the source link below. 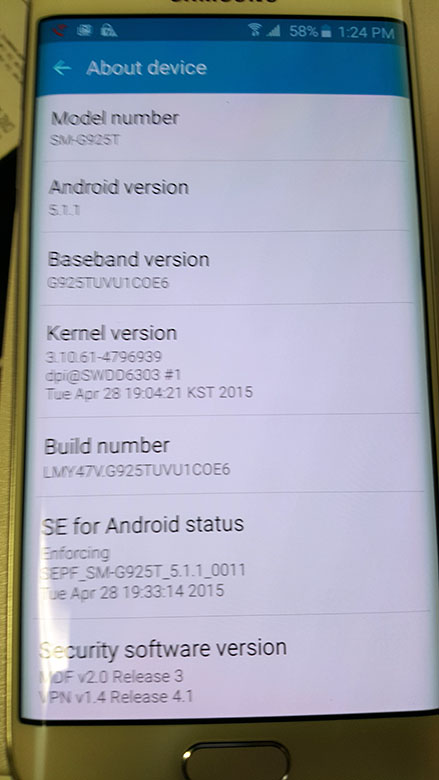 However, we received a different update on our European unit. The Galaxy S6 Edge update we’ve got in Europe is a stability, bugfix, and performance improvement refresh. Called out are improved Fingerprint recognition process, new feature in Photo editor, improved compatibility with accessories, and enhanced interface for Email, Music, S Planner and other apps. The details for this refresh can be seen below, bumping numbers to build LRX22G.G925FXXU1AOD9, of April 9, for the SM-G925F model. 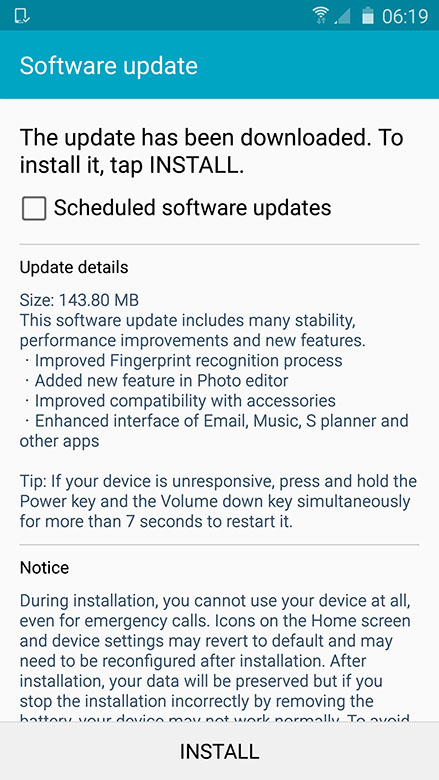 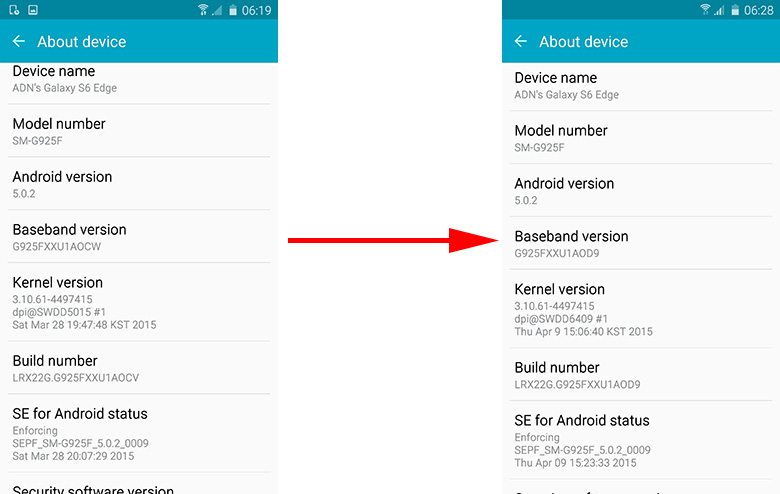