Android 10 will start rolling out to Pixel devices next week

Two Google Support agents have confirmed the roll-out date, according to a recent report, and that come September 3, Pixel devices will indeed get the latest and greatest
Published 27 August 2019, 06:00 EDT

Even though it might take some time for non-Pixel phones to get their Android 10 update, as far as Pixels are concerned, the latest version of Android will start rolling out to devices on September 3, according to support reps. Two Google Support agents have confirmed the roll-out date, according to a recent report, and that come September 3, Pixel devices will indeed get the latest and greatest Google operating system.

Devices expected to get the treat are the e Pixel 3, Pixel 3XL, Pixel 3a, Pixel 3a XL, Pixel 2, and Pixel 2 XL. Even though an older phone, the original Pixel and Pixel XL are reportedly also going to receive the Android 10 update.

In case you missed it, Google recently decided to rebrand Android, both its branding and naming. Android 10 will be the first operating system to ditch the dessert name, and it will simply be referred to as Android 10. 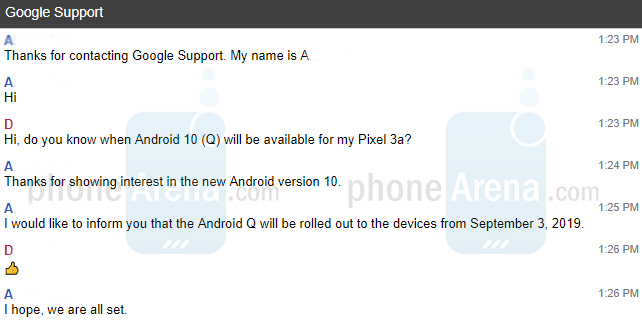 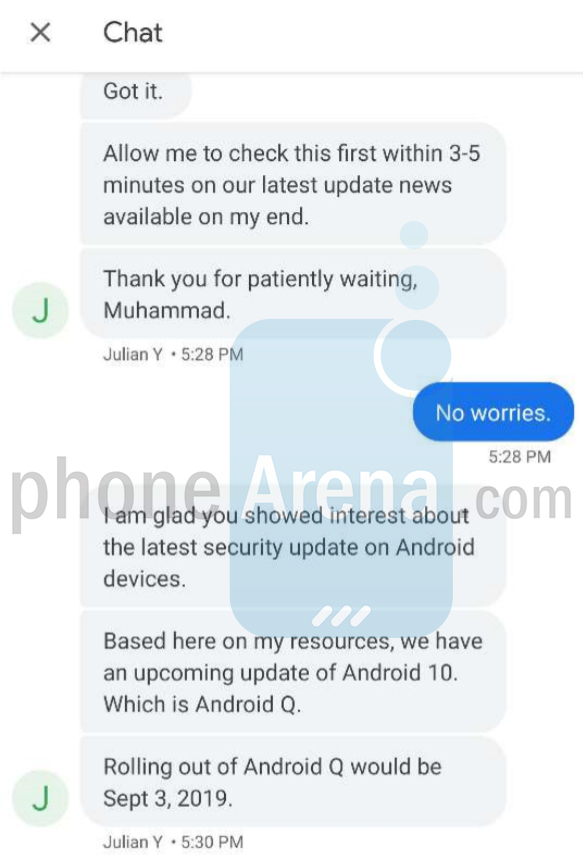 On today’s Pocketnow Daily, we talk about the possible design of the Google Pixel 6, the next Galaxy Unpacked event, and more.